Fear - Why It Is Difficult to Replicate in an RPG (and a method on how to do so)? 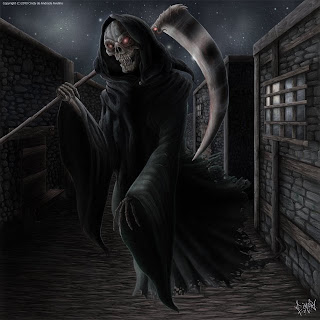 Fear - the final frontier of RPGs. Often attempted, rarely replicated except as game mechanics, which is pretty much a failure if you ask me.

Why does fear fail so often in RPGs?

Well, you have to be invested in the character - no investment, no return of fear. Movies draw you into the character (and add mood music and such) to draw you into the fear. Sure, the PC is yours, but until you've played him / her for a few sessions, you probably aren't as invested in it for real fear of loss to occur. Fear of loss is about the only kind of fear that works in an RPG.

RPGs tend to go for the immediate threat. Immediate threats result in fight or flight. Most situational conditioning in RPGs is to fight in these situations, even against overwhelming odds. From my own personal experience with 9-11 - when you don't have time to think, you do what you are conditioned to do. Without time to contemplate what I was fairly sure was my impending death, my training kicked in and I went into rescue mode. Believe me when I say I'm very invested in my own life, much more so than any player is in their character. Players will tend to react as they are conditioned - to stand and face the immediate threat despite overwhelming odds. I'm not saying they might not run, especially as parts of the party start dropping like flies, but that won't be the first instinct.

If you want to invest your players into their characters, if you want the stink of fear to permeate the gaming table, you have to make the object of fear a long term fear. If players are conditioned to handle immediate fears, they are rarely able to shuffle aside the long terms ones. From my own personal experience, my diagnosis of cancer a few years back (all gone now) caused me to curl up in a ball in the hallway to my kitchen and cry like a baby. Why? Because there was a distinct possibility (not a probability, but a possibility - less possibility than on 9-11 i would think) that I wouldn't make it past 12 months. I was looking death in the eye and running scared. Long term fear. I'm not conditioned for that. Too many possibilities. Too much time to worry. Heck, worrying was a luxury I had plenty of time for.

You want to put fear into your players? Hit them with a long term, debilitating curse after they've become invested in their characters. Finding the cure will become their immediate, short term and long term goal. Success and failure will have meaning. Heck, even immediate threats may get a response similar to that of a long term threat - time to run away, so as to survive long enough to overcome the long term threat.

Successful fear in an RPG is a long term situation that you need to put your players in, and much more effective (and enjoyable) than the short term "Save vs Fear."
Posted by Tenkar at 8:40 AM