A Response to My Post About the D&D Documentary - From Andrew Pascal, Producer - Dungeons & Dragons: A Documentary

This was added as a comment to the original D&D Documentary post, but as it will probably get very few views there, I'm reposting it as it's own post. It goes a long way to addressing questions  and issues raised on this blog and elsewhere.  As I post this the Dungeons & Dragons Kickstarter has 53 hours to go. 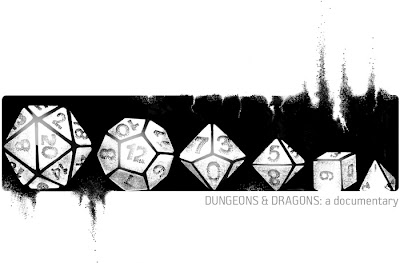 I'd love to weigh in on some of your concerns and be given the opportunity to explain ourselves on this forum.

My producing partners and I have been working for over a year now on the footage we've acquired. We've paid for everything out of pocket and had come to the point this past April when we realized, taking into account the scope of the story we needed to tell, that we simply could not afford to do it ourselves. What's more, the story is so compelling that our initial budget simply would not suffice in order to tell it appropriately and with the due respect it deserves.

So we decided on a KS campaign. And we also decided to launch at GenCon 2012. What we imagined to be the simple process of mounting a KS campaign, was without question, one of the hardest things we've ever had to do. It was something we completely under estimated. Plus with the added deadline of GenCon, things became very interesting for us, very fast. We've never done anything like this before, we're film-makers not fund raisers. So yes, we made a lot of mistakes.

That being said, we managed to hobble together the clips we wanted to show at GenCon, a trailer for KS and a few interesting rewards to offer. And we launched, hoping, truly beyond hope that what we had to show would be enough to get us the funds we needed to meet the KS goal. We begged and pleaded the many connections that we made to help spread the word. Many in the industry championed our project and to them we owe an eternity of gratitude.

The fault in explaining our goals and stretch rewards was purely mine. Our intention was never to obfuscate what we have set out to do, which is to make a kick-ass documentary on a game we love. And we have addressed any and all who had their concerns about what it is exactly their funding. Simply put, the KS allows us to finish filming the way that we have been filming with the added exception of some help (and a good sound mixer). It also allows us to finish the film in a much shorter period of time instead of waiting for our own bank accounts to be replenished with our day jobs. Documentaries of this caliber cost lots more money than what we are asking for (an average Michael Moore documentary is in the neighborhood of $5-7 Million). We've managed to creatively cut costs wherever we can and use the resources we have to come up with a budget that is a tenth of what bigger documentaries cost to make, but without sacrificing the "look" and "feel".

Someone mentioned "Clerks" as perhaps a model to follow in terms of getting a labor of love made with maxed out credit cards and loans...that may be well and good for a movie like "Clerks". But when you're looking at $100 a second for archival footage, things get very expensive very quickly. And this is nothing but a labor of love for us.

Beyond the money we get from KS, we still have to raise even more. And we will go to investors for that. What the KS is going to help with is easing the concerns of our investors in terms of getting their money back. We can show them that the anticipation for the film is already in place.

Our goal has always been to make a great documentary about a game we love and guys (Gary, Dave, et al) we admire and do it well. Unfortunately all of that costs money. Money we just don't have.

I hope this helps to explain our position a little bit. If you have any questions at all, please do not hesitate to reach out. Our email is DungeonsDoc@gmail.com

Thanks for your time and thanks for listening.

The deal for the companion book has been put together with Chris Pramas of Green Ronin and author James Lowder. Everything is in place, except for actual funds. Our stretch goal, which as you mentioned, we have no way in hell meeting, would have paid for the printing of and shipping to our backers. The rest of the money would have been spent on the proper marketing of the film.