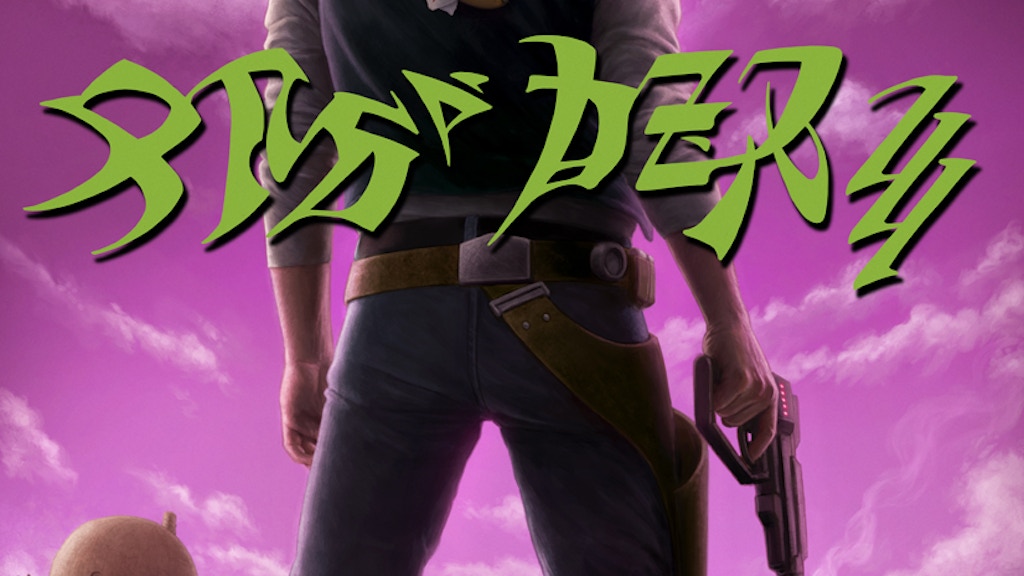 What can I say about Encounter Critical? Written by S. John Ross as a satire of other, prior Old School RPGs, it acquired a bit of a cult following. When it was put up for sale by its creator in early 2021, Venger purchased the rights to the system. Now, in the second half of 2022, Venger is Kickstarting Encounter Critical III (I do not believe there was an actual Encounter Critical I).

Note: The Original Encounter Critical can be snagged for free at DTRPG. Even if you have no desire to back the EC3 Kickstarter, this is no reason to miss out on the older, classic, free version of Encounter Critical.

So, what does the Encounter Critical III Kickstarter offer that differs from the original? In Venger's own words:

I'm all about rules-light, minimalist games, so I intend for Encounter Critical III to come out somewhere between 25-30 full-color pages.  That will include the rules to play the game and at least one introductory adventure.

I also intend for Encounter Critical III to be compatible with standard OSR systems and rules.  Here's a recent video of me talking about system simplicity without sacrificing the OMG, WTF?!? vibe: https://youtu.be/AQEO3ZY9naU

Additionally, there will be a one-page list of options allowing people to make their own OSR type RPG more like EC3, if they don't want to abandon their own system of choice.

What's the catch?  I'm setting the game in Cha'alt, or, at least, a version of Cha'alt, assuming, as I do, that campaign settings such as this exist in a multiverse.  If you already know and love Cha'alt, then it's a win/win/win!

If you are a fan of Venger's work, Encounter Critical III will likely be a good fit for you. If you aren't a fan, YMMV. The source material is solid. See for yourself, as the link is above.

Encounter Critical III is 10 bucks for 25-30 full-color pages in PDF. No print version is available at this time.

Posted by Tenkar at 2:33 PM No comments:

LotFP Has a Selection of Free and PWYW Titles on DTRPG - Reading Material for Our Interview with James Raggi ;) 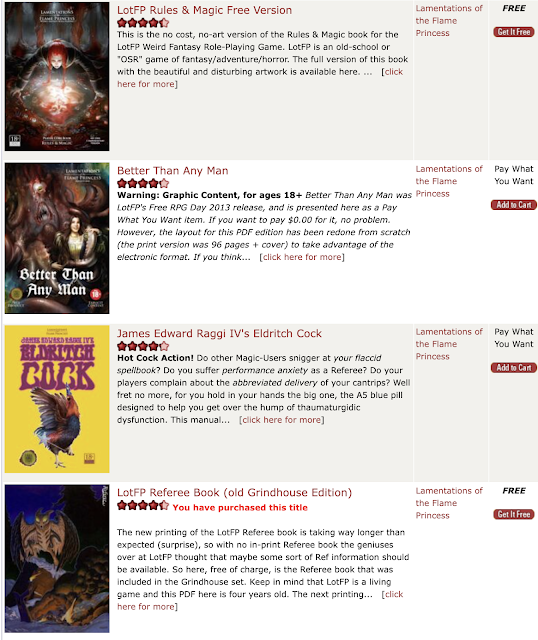 Earlier tonight the Random Party Generator we had James Raggi IV of Lamentations of the Flame Princess as our special guest. The interview lasted a hair over three hours and felt like less than an hour as we recorded it. James is a great guest. 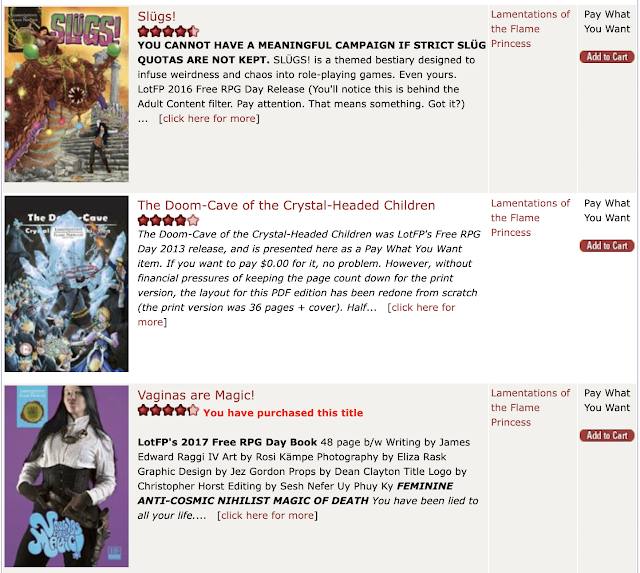 Snag the LotFP Rules and Ref Book for free, as well as a nice handful of adventures and material at PWYW pricing.

You can watch the interview with James below: 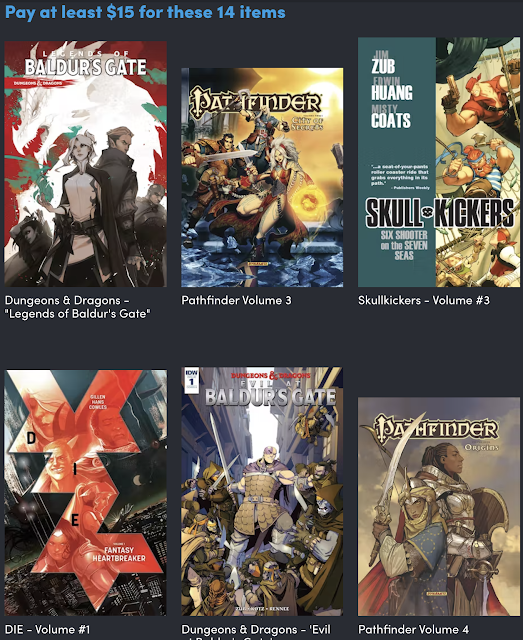 I've been on a comic book kick recently. Not the new stuff which is priced at 3? 4? bucks per 32-page book, but stuff like The Sandman (classic Neil Gaiman) via Cosmicology Unlimited and classic 2000 AD (Judge Dredd and more) via an earlier Humble Bundle. I am seriously enjoying reading comics on my iPad. It almost seems like it was built for the purpose.

Now I have the opportunity to add 14 fantasy titles for15 bucks with the Fantasy RPG Comics Bundle at Humble Bundle. Between this and my audiobooks, my reading material is covered for months! Huzzah! 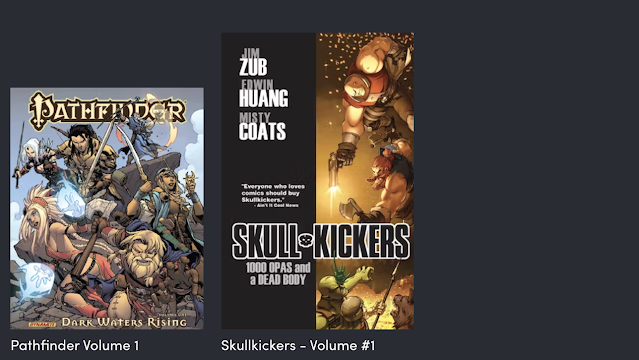 Explore the role-playing experience with this fantastic bundle of fantasy comics! Delve deeper into the characters and lore of your favorite settings in stories based on Dungeons & Dragons and Pathfinder. Discover a world where gaming sessions get all too real in the acclaimed horror-fantasy series Die. Follow the adventures of a band of mercs in the sword-and-sorcery send-up Skullkickers.

Posted by Tenkar at 8:09 PM No comments:

Email ThisBlogThis!Share to TwitterShare to FacebookShare to Pinterest
Labels: comics, dungeons and dragons, humble comics, Pathfinder
Older Posts Home
Subscribe to: Posts (Atom)
Tenkar's Tavern is supported by various affiliate programs, including Amazon, RPGNow,
and Humble Bundle as well as Patreon. Your patronage is appreciated and helps keep the
lights on and the taps flowing. Your Humble Bartender, Tenkar