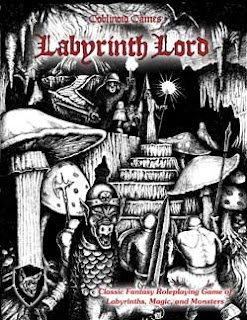 Yep, the Poll is now closed, and the results are in.

Election results were verified by the same fine folks that verify elections in most 3rd world countries. Was there some ballot box stuffing? Based on the late Labyrinth Lord surge, it's certainly possible, but it's nice to see folks looking forward to playing their favorite game.


Final tally for the top five:

What this all means is that I'll be running a session or two of Labyrinth Lord for readers of the Tavern in early October. I'll work out the details and obviously post it here to recruit players. Aiming for a one shot, but if enough want to play I'll run it twice for two separate groups.

In addition to LL, I'll also run a session or two of Blood & Treasure at the end of October or early November. The two were neck and neck for most of the week, with either one in first place depending on when you peeked at the numbers.

Congrats to all the games - they all got votes and they are all winners :)
Posted by Tenkar at 8:04 PM