Its been a weird couple of days over on the Dragonsfoot Forum. I wish I could explain it, but in all seriousness, I can't. I strongly suspect there were some very strongly worded PMs going back and fourth between Frank and the admin of Dragonsfoot.

We'll start with the end because sometimes stories make more sense that way. Not that this makes much sense as written: 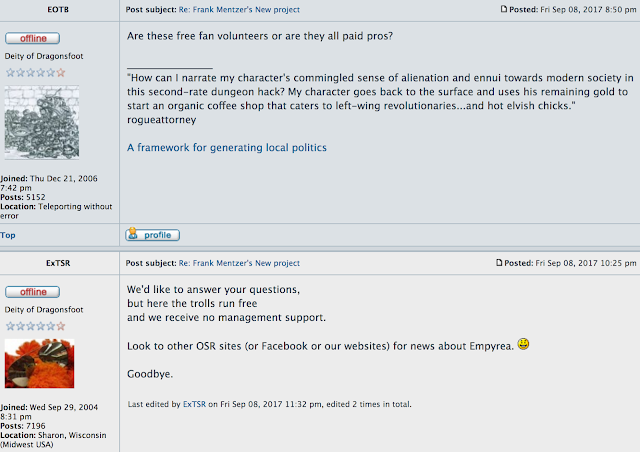 Not quite goodbye yet but damn close to it. 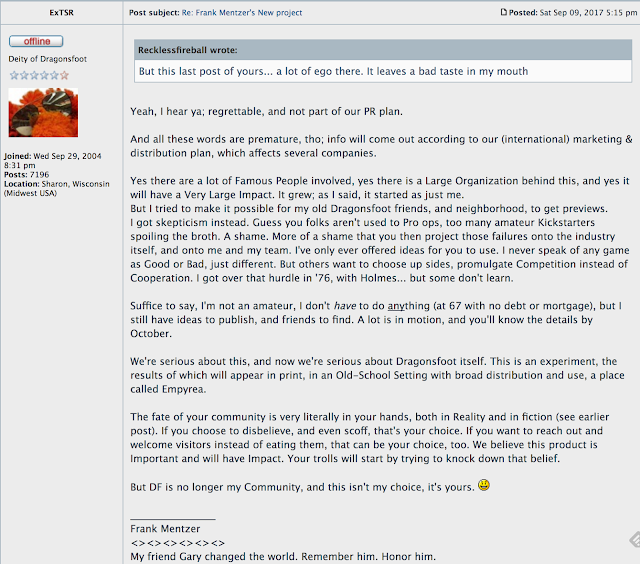 I have no words after reading the above. Or rather, I have words but I'm not sure how to put them into coherent sentences. I will say this - in June the launch date was late July. Now we'll know "by October" which doesn't mean an October launch. I'm curious as all hell but it looks like Dragonsfoot won't be a source for the info.

Obviously I should have been spending more time on Dragonsfoot. 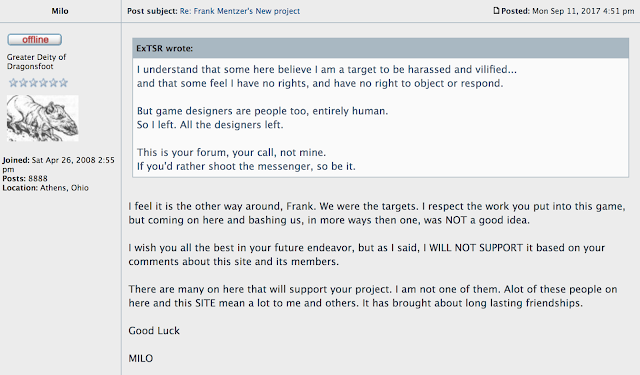 Which leads to Frank's removal at the front of this post. Its obvious that there's more going on than meets the eye, but this is what we have. I'm withholding my opinion until there's more info to form one.

Can someone shed light on the harassment of the game designers over on Dragonsfoot? Links would be useful.

Here's another link to the thread.

edit - I left this out by mistake - not sure exactly how it fits but included for completeness: 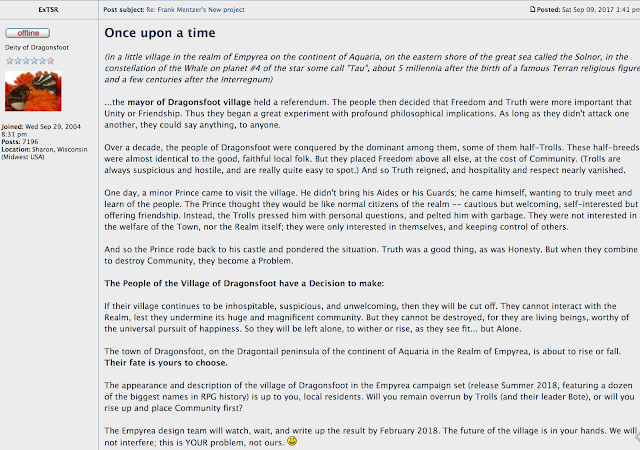