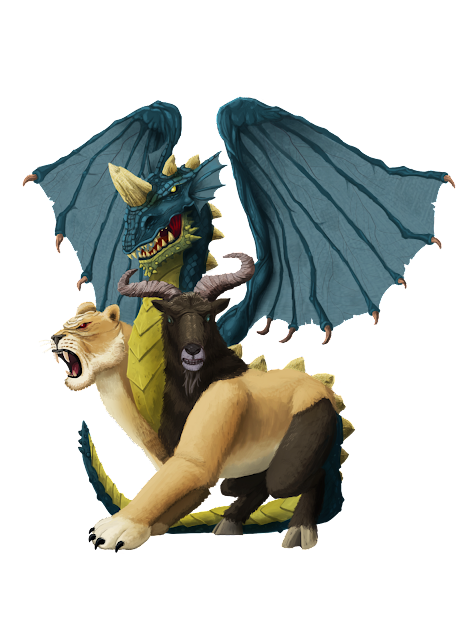 (Mike appears to be keeping himself from talking about ANYTHING remotely revealing about the direction of D&D Next these days.  Still, there's still a handful of nits to pick - for the original article, go here)
I'd like to share with you a draft of the earliest documents I put together to help shape the new iteration of D&D. I distributed this document to the D&D team about a year ago. It lays out the case for the basic approach we should take with the RPG. It's not long, but I felt that if I had to write a convoluted document to make my case, it wasn't a case worth making. (kind of like writing a convoluted game system is not worth making, but I digress)
Over the course of a long design period, it's easy to lose track of the fundamental purpose behind the entire project. Note that this document doesn't mention any specific rules, mechanics, settings, or so forth. The idea is to lay down a short list of inviolate design principles to get things rolling. None of the points below surprised anyone on the R&D team. We had been talking about them for quite a while. If anything, this document put down in writing a set of goals that had been forming in the team for some time.

This document outlines the design directives behind the process of revising D&D. It lays out the goals and expected results of the design process.

As part of the design process, the R&D team must boil down the RPG into its most basic component parts. Using those rules elements, the team must then build an easy to understand game system that incorporates the most iconic elements of D&D in prominent roles. Anyone who has ever played any version of D&D must recognize and understand its most important elements. (here's the problem with boiling something down - it tends to lose flavor and value.  the differences between 0e and 4e are so huge, they literally are different games.  to make a game that is recognizable as D&Dish to players of both means you will needs to add features that one or the other most probably don't want in their game)

Traditionally, D&D editions have focused on specific play styles. This approach has fragmented the community over time. (no - coming out with new edition after new edition has fragmented the D&D community over time) The next iteration must stretch the system to cover a wider variety of play styles through character and DM options. By looking at past editions and incorporating their elements as core or optional rules, we can allow players and groups to place the focus where they want it. (fine and dandy.  sounds great on paper.  what is going to make those groups move to yet another new edition when they are already playing a previous edition that they are happy with?)

D&D has traditionally required large amounts of time, a large play group (I've played with 3 and a DM - that's large?  what is the definition of "large" in this context?), and a sustained commitment (that is what campaign play is all about). The design process must focus on play time, group size, speed of play (rolling back the 4e combats I assume?  how the hell did that ever get past the 4e playtesters?), and length of campaigns, with an eye toward reducing the minimum required from each area. Players who want a longer play time and so forth can easily scale up the game to meet their needs and opt into the various rules modules we'll provide or that they'll build themselves. However, our standard goal is to remove minimum group sizes (Zero sounds like a likely size... yes, I'm joking... kinda), allow for a complete adventure in one hour of play (I still call BS on this line), and satisfying campaigns in 50 hours of play (very doable, depending on where you want to end the campaign).

The new system must create a mechanical and mathematical framework that the play experience of all editions of D&D can rest within. One player can create a 4th-Edition style character while another can build a 1st-Edition one. Complexity and individual experiences rest in the players' hands (I maintain that for the new edition to be successful, that complexity setting must lie primarily in the DM's hands). That experience is more important than the specifics of the math. In other words, if the math works but the game doesn't feel like D&D, we've failed. If the system is sound, but it can't replicate D&D's classic adventures (does this mean we can expect a bunch of reissued adventures from earlier editions?  we know they are using B2 to play test D&D Next) or seamlessly support any of D&D's settings, it isn't the right system for D&D.
More importantly, we must look beyond the mechanics of the game to focus on the archetypes, literary tropes, and cultural elements that built D&D. We must build a fighter that resonates as a warrior, not one simply cobbled together with mechanics pilfered from D&D's past. The key game experience of D&D lies at the game table. Our work must start by focusing on the key elements of D&D and the unique traits of a tabletop RPG. The mechanics must support those two factors, not the other way around. (these are lofty goals, but I suspect they will remain out of reach)

Hopefully, this document helps give you some insight into the thinking behind our goals. When you feel that you know a game very well, it's easy to get lost in the details of what makes it work. One of our aims for the next iteration is to call into question everything that R&D thought it knew about what makes D&D tick. The document above, along with a lot of the other work we've done over the past year or so, is all part of the process of hitting the reset button on our understanding of D&D.
That reset ties back into our playtesting efforts. In going back to basics, it's important for us to remember that D&D is a game played by a huge number of people. We're not trying to reinvent D&D so much as rediscover it (well, ya lost it with 4e) . Doing that means we need to take into account the entire, diverse range of people who enjoy the game.
(Chimera by Ryan Sumo)
Posted by Tenkar at 8:44 PM