Filling the Sandbox Both Inside and Out 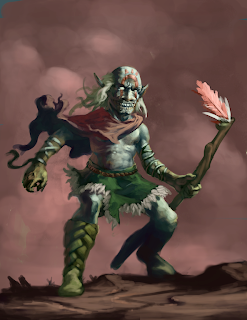 With the Adventurer Conqueror King System shipping this week, I'm looking at the end of April / beginning of May to get the new campaign off the ground (as this will give me time to fully absorb the ACKS system figure out some general courses for the campaign).

With the rediscovery of my Thieves' World boxed set, I can file off the serial numbers and use it as a nearby city.  I have the local sandbox I want to use with Christian's Hex 000 series in Loviatar, but I still need a larger sandbox for my smaller sandbox to reside within.

Instead, I think I may use Rob's Blackmarsh setting.  Probably won't use it as is, but there's a lot to like, and the price of the PDF is certainly nice (free).

I have the potential to use 2 mega dungeons (or maybe even 3) but I don't expect the party to dawdle in such locations for long.  There should be options enough to keep them constantly adventuring, and I suspect as the characters grow their own motivations will lead to adventure.

Now is the time that I need to use to generate some simple adventure seeds and rumors (although I suspect the first session will be less sandbox than the campaign will turn into - you do need to get the party in motion).

Oh, and I'll get to use all of the cool art I got with the Monster Stock Art Kickstarter.  I think the guy above will be a part of the party's first adventure...