Should I Have Been Paranoid About Paranoia? (Circa 1985) 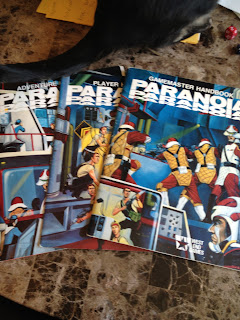 When I bought my Paranoia Boxed set back in 1985 (I believe it was via mail from an ad in Dragon Magazine, but I might be mistaken) I noticed a few things after opening the box (said box is sadly gone.  Well, gone as of today.  It did it's job and protected it's contents, but sadly gave it's life in doing so.)

My initial concern was it lacked the dice that the box (and the ad) said it should have contained.  Dice weren't cheap, and I went to all ends to try and keep my dice collection growing at an affordable rate.

Upon reading the rules (and they were a heavy set, complicated set of rules for what was a lighthearted game) I noticed it lacked encumbrance rules.  I also had some black market questions.

I wrote a letter to West End Games, and got the following response from Ken Rolston: 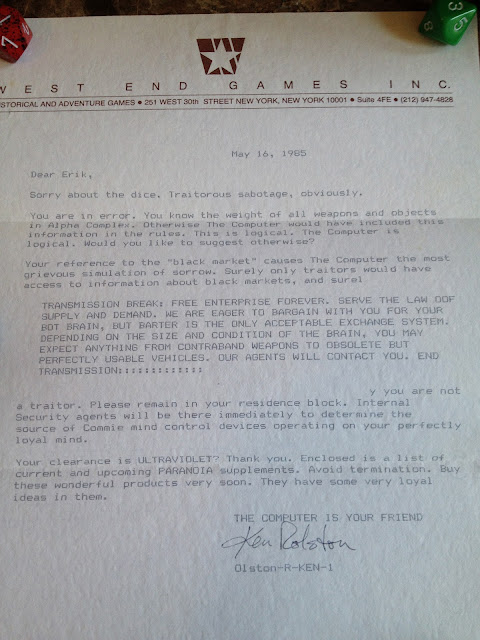 I enjoyed running Paranoia in between regular D&D game sessions.  It was a nice diversion, and my players really got into the role playing aspect of it (as you can see from the notes ;) 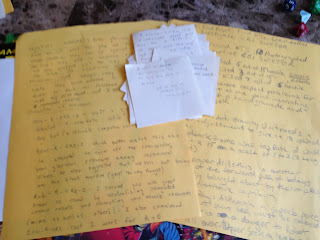 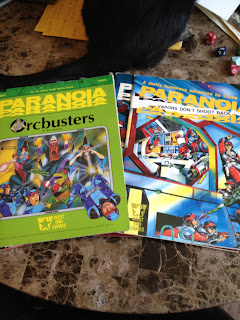 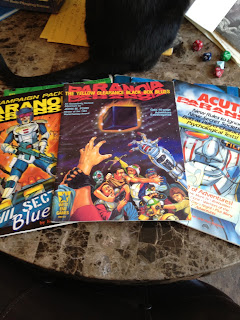 Email ThisBlogThis!Share to TwitterShare to FacebookShare to Pinterest
Labels: paranoia