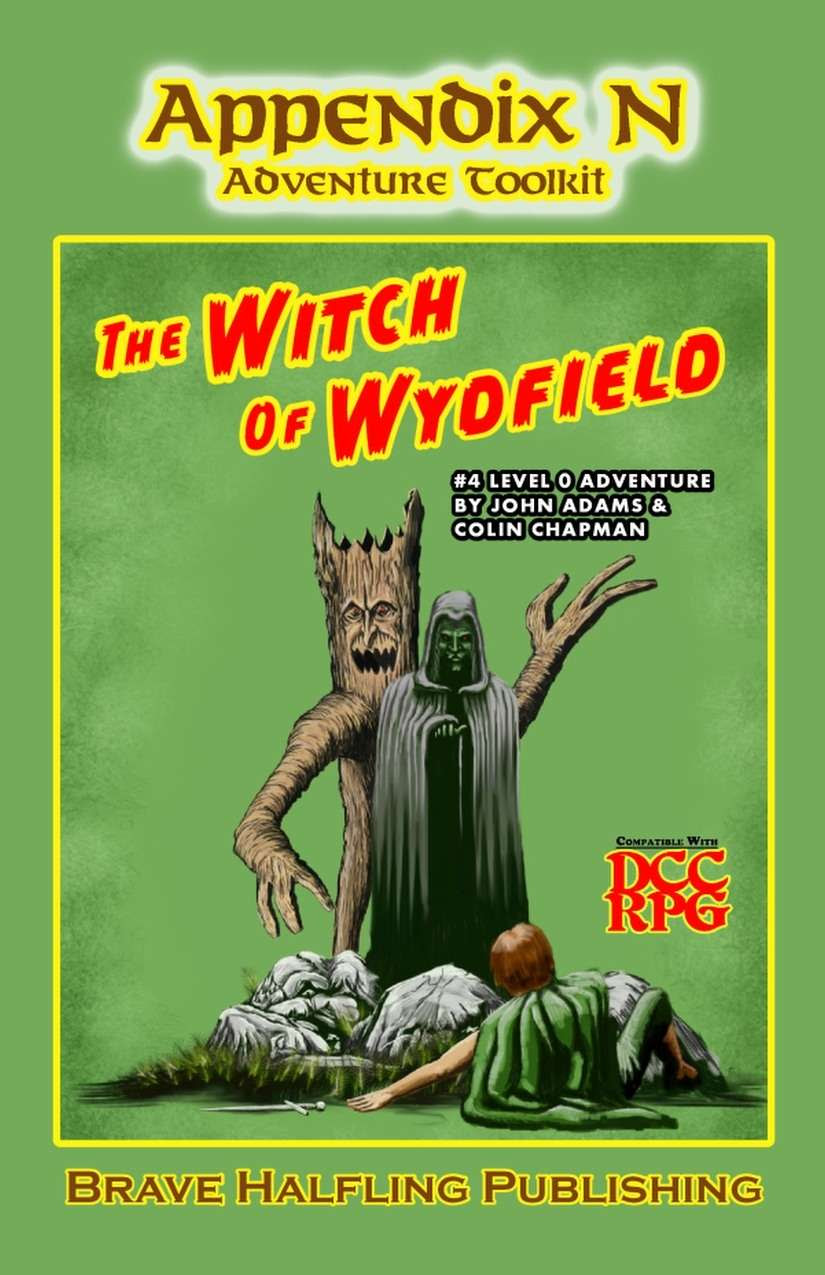 Brave Halfling has released four Appendix N mini adventures for the DCC RPG at this point. The Witch of Wydfield is the fourth in the series and the third I've reviewed.

First things first. The map is simply gorgeous. Suitable for framing for sure. Probably useless for actually running the adventure (and it can truly been run mapless) as it is a bit confusing but great eye candy.  Looking forward to the print version almost for the map alone.

As a funnel it's probably too short to work with more than 8 or 9 zero level peasants. If you have have a large gaming group, the default number of PCs in the usual funnel are going to overwhelm this adventure.

Is it potentially fairly lethal? Of course - it's a DCC funnel ;) That being said, the most effective strategy is for the players to pretty much swarm everything - it's missing the thinking and puzzle solving of sorts that the Goodman and Purple Sorcerer funnels generally include.

It's a decent hook to get the PCs involved, and that's always good, especially for a funnel.

There is also a generic version of the adventure included, so you should be able to run it with the fantasy RPG of your choice should you so choose. It's a nice bit of added value.

It does put too much magic in the hands of the PCs for a 0-level funnel in my opinion, but that is easy enough to remove.

Bookmarked Digest PDF
Map
Bookmarked Text PDF for Tablets and E-Readers
System-Neutral Template
You are abruptly awakened by the frantic sounding of the chapel bell. As you gather with the other villagers in the village square, you are told that the light of morning has revealed that Sister Thara has been murdered and the young maiden Dela, is missing. The only clue to this terrible mystery are three letters written in blood beside Thara’s body; "Y U L."

Thara was the town’s protector and healer. Now she is gone. Who will protect Wydfield now? Who will right this wrong? No man, woman or child will sleep again in Wydfield until this evil is dealt with and defeated. If there was ever a time when Wydfield needed new heroes, now is the time! Who will go?
Posted by Tenkar at 7:29 PM