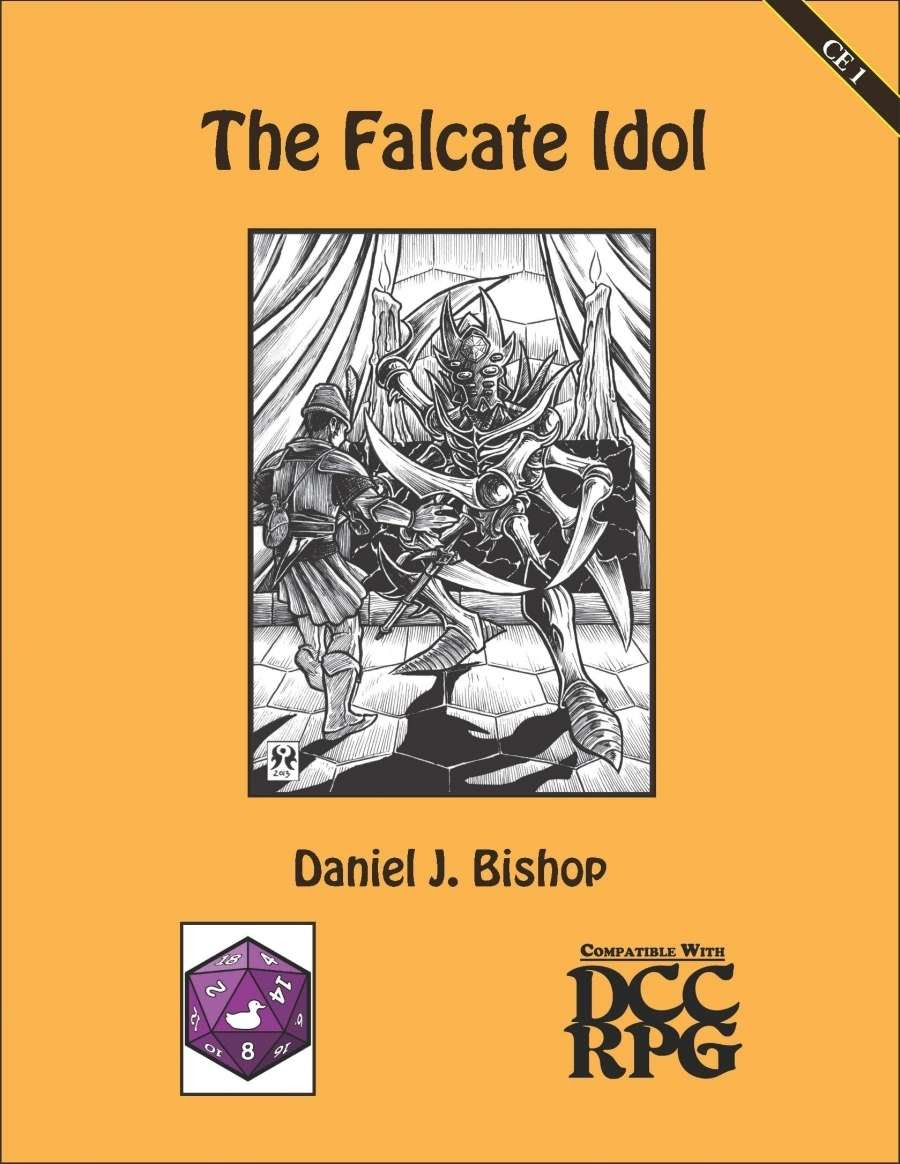 The Falcate Idol, otherwise known as CE-1, was released a few hours after CE-2. So, its the first by number but second by actual release in the series.

In the case of The Falcate Idol, it is more of a short adventure than a simple location. It has built in tweakness for the ref, and is suitable for 2-8 2nd level characters or even 1-2 3rd level characters. It just depends on the time of the month the party finds the temple in question. Well, and which parts of the party you want to screw with ;)

It can almost be placed anywhere, so flexibility is awesome both for location and type of party (numbers and levels) it's aplicable for. This in of of itself adds nice value to the piece, and Daniel sets it all up well. The extra leads at the end can keep parts of the "campaign element" in play for a long time.

Actually, there is an element to this adventure that may literally dog the characters for months to come, which can be a nice way to set some continuity between sessions.

What I'd like to know is when +Daniel Bishop is going to reveal the world all of his adventures and other setting pieces are inspired from. I'll even accept some hints and teases on the blogside Daniel ;)

The Cult of the Harrower is ancient, and each of the eight eyes of its spider-idol is rumored to be a moonstone gem the size of a pigeon's egg.  Moreover, somewhere within the cult's sanctuary, a pool flows from the Egg of Creation.  Will your Thief seek to make a legendary score?  Will your Wizard pursue the shards of the Egg?  Will your Cleric join the cult?  Or will your Warrior fight his way through the web-covered passages to rescue them if they fail?  Any or all of these scenarios are possible!
Posted by Tenkar at 9:55 PM