Are Your PCs a Part of the World, or Apart From the World? 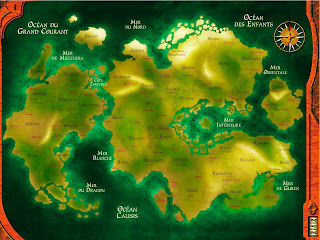 The latest podcast over at RPG Circus touched on the idea of wether or not PCs were a part of their gaming world, or a part from it. It got me thinking about the topic, and truthfully, I think MOST games are run in such a way that PCs are apart from the world their in.

Few campaigns have events that don't impact the PCs. Events happen because they will impact the campaign and the PCs, but that doesn't make the PCs part of the world. It doesn't exist except where it further's the ends of the campaign.

If the campaign is on rails, you know which parts of the world exist, or will exist when needed. In a sandbox, it exists immediately around the PCs.

It helps to ground your players if they have a background - family, history, friends and the like will help the DM make the PCs a part of the world, as apposed to a part from it, but not all players want that kind of depth or experience to their game.

I guess a part of, or apart from, depends on style of play - but it's certainly easier to run a campaign as he second type.

So, a part of or apart from? Which do you prefer and which do you find yourself mostly playing in?
Posted by Tenkar at 2:04 PM