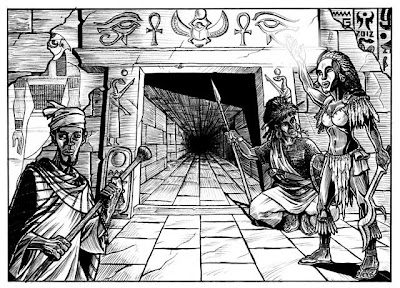 The Spears of the Dawn Kickstarter still has 16 days to go before ending and it's already funded. Supporters of the Kickstarter can get their hands on the Alpha release now - not in 2+ weeks when the Kickstarter ends but right now.

It's no short RPG either, coming in at over 170 pages.

I'll be reading this sucker in depth tonight, as I'm really intrigued by running a Fantasy / Stars Without Numbers Hybrid game.

See, the right way to do a Kickstarter is to have a product usable before the end of the fundraising
Posted by Tenkar at 2:32 PM