Adding 5 PDF Copies of the Far Away Land RPG: Tome of Awesome (and more) to the Chuck Wright Medical Expenses Fund Raiser - Give and Ye May Get Gifted 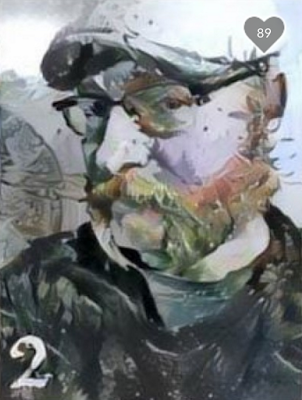 Yesterday I announced The Tavern would match the first $250 raised by Tavern Readers for Chuck Wright's medical and physical therapy expenses.
You folks gave about $400 that I know off (in less than 12 hours), and we did match the first $250.
I later announced that The Tavern would give away two $25 RPGNow Gift Certificates to two randomly chosen readers of The Tavern that give to the Chuck Wright Fund prior to 9PM Eastern, Wednesday, April 27th.
This morning I  announced that +Jon , he of Purple Sorcerer Games, is donating 10 PDF copies of the Sunken City Adventure Omnibus & Guide to be given to ten random Tavern Readers that give to Chuck's Fund prior to 9PM Eastern time, Wednesday April 27th.

Again, all you need to do is indicate your donation on ONE of the FOUR posts I've made in regards to the Chuck Wright Fundraiser (not all four please) and you'll be in the running for all the gifts. You can win more than one gift, but no one can win the same gift twice. It's weighted, so $10 gives you one chance and $50 gives you five chances and so on.

What is the Far Away Land RPG: Tome of Awesome?


Welcome to the quirky and bizarre world of Far Away Land. This is a world where noknil clones are part of a hive mind, where clown plants hurl terrible jokes while stabbing their victims, where a cataclysmic event of the past has sewn together the various realms of creation to a forge a nexus point on a fantasy world known as Far Away Land.

Far Away Land is a rules-lite fantasy role-playing game that uses six-sided dice. It mixes fantasy, sci-fi, and apocalyptic elements to create an immersive and rich world full of history and adventure. It is easy to learn and a perfect game for new (young) gamers as well as veteran gamers. All of the Far Away Land books contain colorful artwork, humor, and rules that allow gamers and GMs to pick and choose the level of crunch they want in their game.

The Tome of Awesome contains everything from the Far Away Land Core Rules, Creatures Volume I, Companion Rules, and Tales of Awesome under a single cover. It features a bunch of extra artwork. The Tome of Awesome is available as both pdf and hardback. The physical book is hardback, full color (with about 200 pieces of artwork), 5.5x8.5 inches, and over 300 pages.

Here is what you will find in the Tome of Awesome...

The Far Away Land RPG Core Rules is the book you need to get started in the world of Far Away Land. The Core Rules contain rules for PC and NPC creation, magic, combat, gear and equipment, crafting, abilities, spells and more.

The Far Away Land RPG Creatures Vol. I contains over 70 creatures, monsters, and races. It is an essential part of any campaign as it not only features a boatload of ready made encounters, but also the rules to create your own monsters from scratch.

The Far Away Land RPG Companion Rules are set of optional rules that feature worldbuilding games such as The Gods, Historians, and Architects of Far Away Land. It also has rules for Mass Combat, Training Montages, and running kingdoms.

The Far Away Land RPG Tales of Awesome is a book of setting material for Far Away Land. It features a history of Far Away Land, a pantheon of gods and goddess, various lands and locations in Far Away Land and in the cosmos, heroes and villains, languages, religions and cults, and hex maps of important FAL locations.