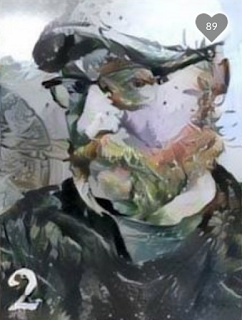 Yesterday I announced The Tavern would match the first $250 raised by Tavern Readers for Chuck Wright's medical and physical therapy expenses.

I later announced that The Tavern would give away two $25 RPGNow Gift Certificates to two randomly chosen readers of The Tavern that give to the Chuck Wright Fund prior to 9PM Eastern, Wednesday, April 27th.

I'm delighted to announce that +Jon , he of Purple Sorcerer Games, is donating 10 PDF copies of the Sunken City Adventure Omnibus & Guide to be given to ten random Tavern Readers that give to Chuck's Fund prior to 9PM Eastern time, Wednesday April 27th.

Again, all you need to do is indicate your donation on ONE of the THREE posts I've made in regards to the Chuck Wright Fundraiser (not all thee please) and you'll be in the running. It's weighted, so $10 gives you one chance and $50 gives you five chances and so on.

What is the Sunken City Adventure Omnibus & Guide? 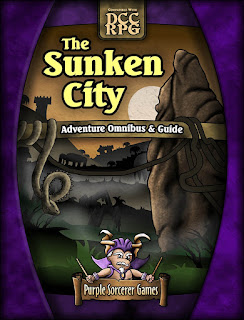 The Sunken City Adventure Omnibus & Guide contains four complete beginning adventures and a host of new material to enhance your Dungeon Crawl Classics campaign (note - I convert DCC RPG Adventures to Swords & Wizardry on the fly all of the time) . Features include:

-Every best-selling Sunken City Adventure (Perils of the Sunken City, The Ooze Pits of Jonas Gralk, A Gathering of the Marked, Lair of the Mist Men) combined and refined into a single full-color volume.

-Both a 96-page desktop/print version and a 200-page mobile version built from scratch for viewing on your tablet!

-A patron write-up of Malloc, the devious master of secrets.