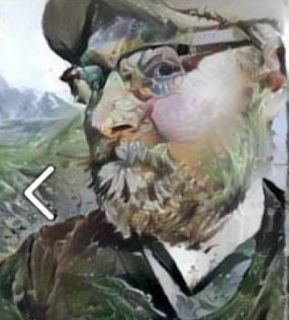 No, Chuck's GoFundMe campaign is not ending yet, but the opportunity to be gifted in return for giving will be ending tonight.

Gifts won't be picked until tomorrow, as I probably won't be home and there is a truckload of gifts to, well, gift. There might be more than is listed BTW.


Some of you may have been following the developments of the recent hospitalization of Frog God Games' own Charles Wright. Charles is our friend, art director, layout artist, and an owner of Frog God Games, and he has been struggling with health issues for several years. From the GoFundMe site that we established as well as other fund raising efforts by members of the this tight-knit RPG community we enjoy you are perhaps already aware that Chuck went into the hospital recently for complications related to infection in his foot that are secondary to his diabetes. We knew he would be losing a few toes and maybe a larger portion of his foot but were awaiting word of the surgeons' determination of the extent of the infection. Well, I have just gotten off the phone with Bill and learned that Chuck underwent a full Below-Knee Amputation, so it was considerably worse than expected. Our thoughts and prayers as well as those of the community as large go out to Chuck, and we appreciate all the support that has been given to help offset the considerable expense that Chuck is going to experience from his surgeries and rehabilitation.

The generous readers of The Tavern have already contributed over $750 to Chuck's medical and therapy expenses. With the $250 that The Tavern matched, we've raised over $1,000. Still, we need to raise more as the situation is more severe than initially imagined.

- $50 gift certificate for miniatures at Pacesetter Games (thanks Bill Barsh)

- 1 PRINT HC Copy White Star Core Rulebook
- 1 PRINT HC Copy (B&W) The Hero's Journey
- 10 PDF Bundles White Star Core Rulebook and White Star Companion
- 10 PDF Copies of The Sunken City Adventures Omnibus & Guide
- 5 PDF Copies of The Carnival of the Damned
- 5 PDF Copies of Far Away Land: Tome of Awesome
- 5 PDF Sets of a full run of Crawling Under a Broken Moon (issues #1-#13)
- 1 PDF Bundle of everything +John Stater has published (NOD, Blood & Treasure, Grit & Vigor, much more)
- 1 Stock Art Bundle by +Denis McCarthy
- 2 $25 RPGNow Gift Certificates donated by The Tavern
For those that donate and don't receive something from the above list, +Steve Gilman is offering PDF copies of Betrayal at Lucir for Swords & Wizardry or Pathfinder
Here's how the gifting will work. For every $10 donated to Chuck Wright's Medical and Recovery Expenses by a Tavern Reader, that reader get's their name thrown into a hat with the other readers that donated. Donate 10 bucks, name goes in once, donate 50 bucks, your name goes in 5 times, etc.
You can receive more than one gift. You can not receive the same gift more than once.
I was going to pull the names tomorrow, but with the amount of donated gifts we have, I'm pushing off the drawing to Saturday Night, April 30th. Get those donations in by 9PM Eastern Saturday Night to be in the drawing.
Here's the link to Chuck's Fundraiser at GoFundMe
I am NOT a mind reader, so you will need to identify your donation as a comment on this post and who you donated as and how much your donation was for. (if you have already identified your donation on a previous post, I have it. No need to comment again)
The goal is to raise at least $10,000 for Chuck and I'd like to see The Tavern's Readers hit at least 10% of that. Actually, I'd like to see us hit substantially more.
A huge thanks to +James Spahn , +Jon Marr , +David Baity , +Far Away Land RPG , +John Stater , +Denis McCarthy , +Reid San Filippo and everyone who has donated thus far.
Posted by Tenkar at 9:16 AM