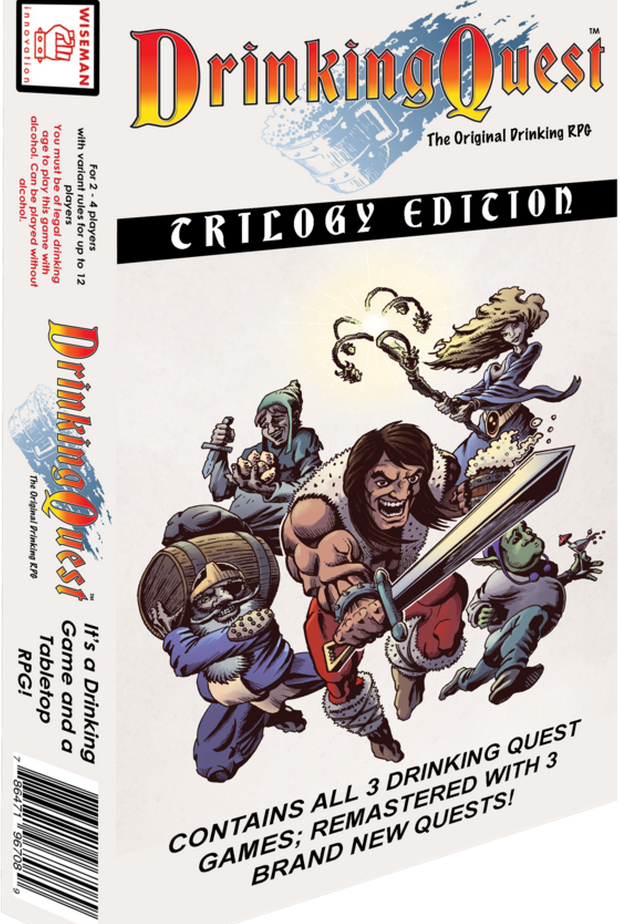 I've posted about Drinking Quest in the past and I'm bringing all three decks with me to NTRPG Con - they are ready to fly tomorrow. If I think of it, I may even bring a deck or two down to the bar at the Marriott tomorrow night after the wife and I get settled in.

Anyhow, +DrinkingQuest DrinkingRPG 's Jason Anarchy is running a Kickstarter to put all three decks of Drinking Quest back into print with some improvements like:

- Full Colour Cards
- An Improved D4, D6, D8 System (Instead of 3D6) This adds complexity to the game without adding     a single new rule.
- Bigger Cards while still staying a good size to bring to the pub
- A Bigger, More Attractive Box
- Up to 3 new Quests (Consisting of 12 cards each)
- Other smaller improvements (Think remastered Star Trek not remastered Star Wars)

Now, I already have a set of the 3 Drinking Quest decks and I'm excited to get a chance to play with bigger, better cards. Ah hell, who am I kidding? I just want to fin more people to drink with while playing a fun, light RPG / Card game.

I really should try this at our neighborhood pub with my wife and some friends at some point this summer.
Posted by Tenkar at 8:40 PM