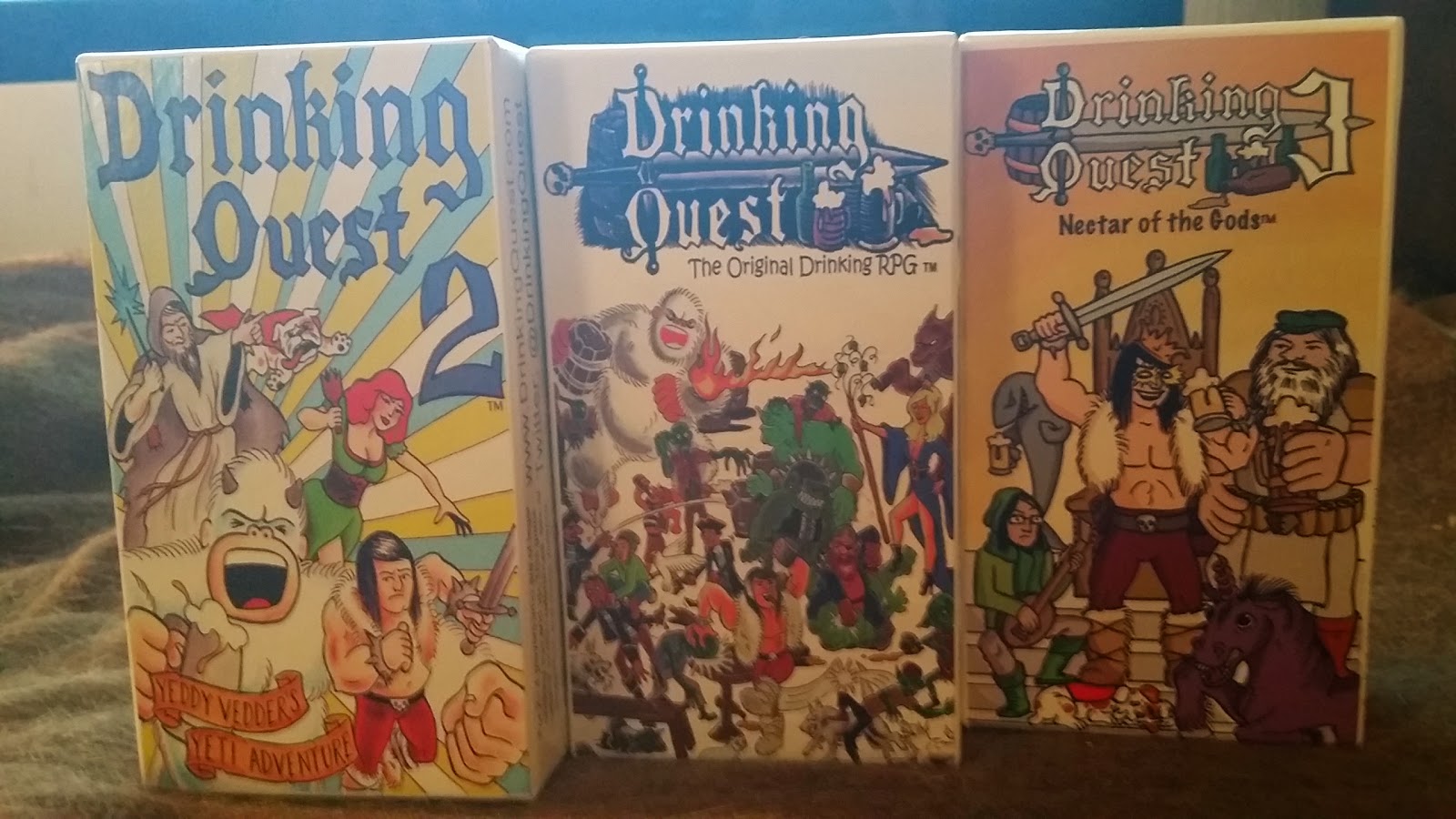 I've already packed the 3 decks of Drinking Quest in my bag and they are ready to go. My initial game plan was to run a DCC RPG adventure with S&W rules, but I never got around to the conversion. It has been that kind of a year thus far.

So in steps Drinking Quest, a finer game of drunken fantasy flavor RPG buffoonery one could not hope to find. It really is a cool game. I've run it with by old gaming group and I've even played with the creator, +DrinkingQuest DrinkingRPG (Jason Anarchy) via G+ Hangouts.

Come to think of it, I should run a session or two of Drinking Quest with some members of my online gaming groups.

Anyhow, I made some copies of the rules which are quick to learn and I expect to fill some of the time between scheduled games with beer and dice and silliness. Oh, and more beer ;)