Peering Into The Tavern's Scrying Pool - What Could Make 5e a Game Changer? 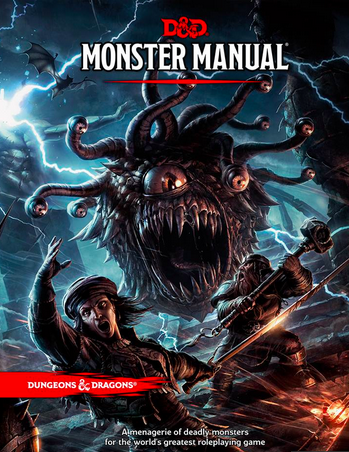 I think most of us can agree - +Mike Mearls is excited that his baby is about to be released to the wilds and yet he can't give us many details about the baby yet. Social media is not something that WotC seems to have mastered a s company, and I'm thankful that EnWorld has put together a 5e info page to keep track of the bit's and pieces we've gotten so far.

So, what could make D&D 5e (as it is apparently referred to as on the back cover of the core books) a "game changer", at least so far as D&D players and possibly even third party publishers are concerned?

- Return of the OGL, or at least a license more permissible that the GSL - Personally, I don't expect a return of the OGL. Wizards let that genie out of the bottle once already. I doubt they wan't a repeat of that. I could see something similar to how Goodman Games licenses the DCC RPG - products must get submitted to WotC for vetting, and approved products would be licensed for use with 5e. It would have to be a free license and the vetting process would have to be free or at a minimal cost for it to be successful IMHO.

- An online SRD - this I pretty much expect upon release or shortly thereafter. The question becomes, will it be free or will there be a one-time or recurring cost. I expect a recurring cost - think DDI. Alright, less game change and more necessity these days.

- Core Books released in a "Bits and Mortars" fashion - Buy the print copy, get a code to DL a free copy of the PDF. I'd love to see this, and I think it could be a game changer and generate loads of goodwill, but historically, WotC has seen PDFs as something that cuts into it's retail sales of print products (not to mention the threat of piracy). Still, WotC has been embracing PDFs for their out of print lines and editions, so this COULD happen.

- Core parts of the Core Books released for free in PDF - we already know that 48 pages of the Player's Handbook is going to be released as a free download, and it will probably include character creation rules that can be used with the D&D Starter Set. If they follow the same trend with the Monster Manual and the Dungeon Master Guide, it would literally mean giving away the "core" of the core books, and one could probably play 5e without ever buying a book, although with limited options. It almost becomes viral marketing for the full core products and other adventures - especially the ones that include a version of the rules and are self contained.

- Making the Starter Set OSR friendly - think. The Starter Set is supposed to introduce new players to RPGs (as well as appeal to lapsed gamers). You are probably not going want to load them up with too many options, feats and the like. I expect it will be a simpler style of ruleset. Which would work well if the "Core of the Core" comes to pass and is culled to support the Starter Set. Will this come to pass? No idea, but it would be nice.

- Conversion Rules for older edition adventures / modules - I fully expect this will be in the DMG. It would be foolish not to include such, especially as WotC is selling the older adventures in PDF. It would open the classic PDF market to a whole new set of players.

- Adventures could be written for a certain "edition style of play" and include all the rules with the adventure - we already know that Tyranny of Dragons is a standalone product. No additional rules needed. Which means, it's written for a default "edition style of play". In effect, it is it's own "sub edition" of 5e. There is no reason different self contained adventures couldn't default to more or less complexities of play - therefore emulating different editions. Star this one, as it really would change the face of D&D as we know it.

Alright, I gave six thoughts (not counting the SRD, which I consider a given). Consider the last one a bonus ;)