Alright, RPGNow / DriveThruRPG is running a sale on a selection of games at 40% off.

I worked retail for 8 1/2 years before finding my niche in law enforcement, so I've learned that in most cases, retail percentages don't add up like normal math. I suspect with the coupon you'll see a total discount of around 50%, give or take a percentage point. Not shabby at all.

You can click the banner below for the full list of games, but I'm going to showcase a handful that I feel really stand out.

Gumshoe Core: Trail of Cthulhu - I've enjoyed reading every version / system that Cthulhu has been presented with - this is no exception. I need to play it one of these days.


Capes, Cowls and Villains Foul - I'm not a huge supers fan, probably because I wet my teeth on Champions back in the day (damn heavy system) but CCaVF seems like it would be fun to play. I may become a late convert. I'll post a review soon, as this price convince me to buy in. 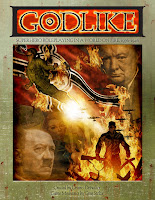 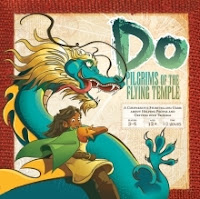 Do: Pilgrims of the Flying Temple - this is truly a storytelling game. While not for everyone, it just might be the game to introduce the wife and kids to the basics of roleplaying.

GODLIKE: Superhero Roleplaying in a World on Fire, 1936-1946 - damn it, another supers game I wouldn't mind playing. It's like playing Captain America beating up the Nazis - or something. WWII history buff / major here. Looks like I'm grabbing a second supers game. Did I mention I don't play supers?

Kobolds Ate My Baby! Super Deluxx Edition - It has John Kovalic art! Need I say more? Seriously, this is the most unserious RPG. It's more structured then Toon and reads so much better. Heck, if it reads half as fun as it plays, its going to be a blast!

Now is the time to fill some gaps in your RPG collection - I'm filling some in mine.

*the sale is on through the end of the weekend - for those following at home, I'll put the Affiliate Referral Commissions from this week's sale into the Wayward Kickstarter fund to give it a real kick ;) *
Posted by Tenkar at 9:27 PM