Holy Crap! The Deluxe Tunnels & Trolls Kickstarter is DAYS Away! 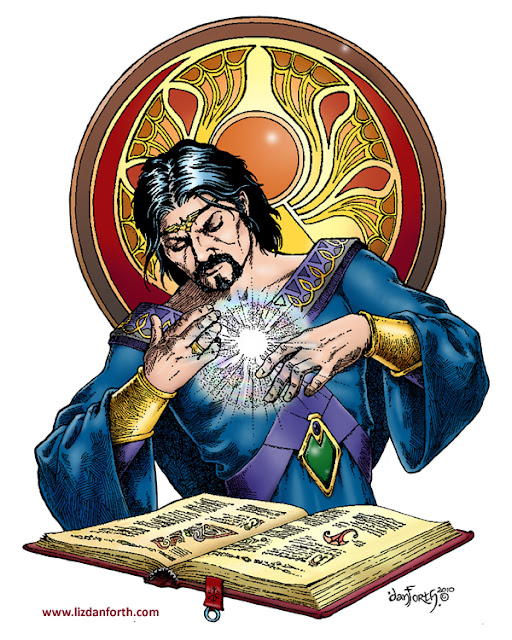 I literally had no idea Ken, Liz and the rest were going to kick off the Deluxe Tunnels & Trolls Kickstarter so soon after the new year. I guess getting the old team back together helps focus things.

You KNOW I will be supporting this. No need for the Wayward Kickstarters Fund to get involved - I'll be carrying the weight ;)

Here's a bit from Liz Danforth about the imminent Kickstarter:

I’ve been working like mad, up to 17 hours at a stretch. I never thought doing a Kickstarter — doing it right — was going to be quite this much work. Deluxe Tunnels & Trolls is going to be freakin’ awesome if this is any evidence of the drive, determination, and vision of this team, united once more to update this classic.

We’ll be launching the Kickstarter momentarily — in a day or three, I believe — and I need to get off this blog and back to the final polish. Meanwhile, check in for news on the Deluxe Tunnels & Trolls blog or our dedicated Twitter feed. Steve promises daily updates on the blog; Ken plans to write weekly. The Twitter feed is pretty much from me, so it’s erratic but something I can do in little bits and pieces of time… which it about what I have available.

You'll have to forgive the fanboy in me, but I'm really excited to see T&T done up in a sparkin' new edition :)

Liz, did I mention I love your art? It really captures the essence of classic RPGs for me.