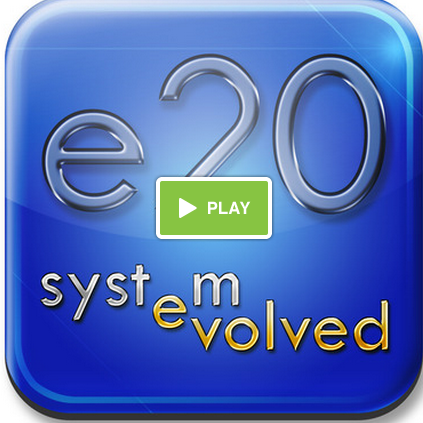 When a game's main writer / lead developer is the only one that can bring a project to a successful completion, there is an inherit risk. When the only investor is the writer of the game, that risk falls upon his shoulders alone. When it is a Kickstarter funded project, everyone that has pledged shares in that risk.

This project was created by Gary M. Sarli, no small name in our hobby. Gary apparently has significant health issues.

The Game Design: "e20: System Evolved" Roleplaying Game, seem to have fallen prey to that risk.

Here’s a quick update on where we stand with the e20 System, since we obviously did not get it finished in time for Christmas.

Bad News: Just as I was finally able to work near full capacity again and I was plowing through material at a really high pace, the developer — senior patron Jack Hale — had an epic collapse almost as bad as mine after Gen Con. Like me, he has some significant mental health issues that can seriously impact his work, and he has even more serious physical problems on top of that.

I didn’t even realize how much trouble he was having until a couple of weeks ago (when more and more of my work was having to be put off because I needed the sections he was working on to do them), and it quickly became apparent that we couldn’t hit our current deadline. I put off announcing a new deadline, though, because for a while I thought we might be able to at least finish the PDF by Christmas; even that turned out to be wishful thinking.

Jack has actually been doing better for the past few days, but we agreed that it’s probably best to work from the assumption that any such productive periods will be the exception, not the rule. Jack is still going to help where he can, but I’m shifting his assignment to things that won’t slow down other pieces of the book if he falls behind again.

So, I’ve now taken stock of the work that needs to be done and figured out how long it will take me to do them completely on my own. Unfortunately, it looks like I can’t possibly finish the whole book myself before the end of February 2012. Patrons and pre-orders would receive their PDFs at this time, and the printed books wouldn’t be delivered until somewhere around mid-March 2012.

I hate seeing the deadline pushed out that far, but at this point I don’t see anything else as realistic. Since I have medication for the time being, I think my work output can be fairly reliable at least through the end of February, and recent history tells me that I have to assume that Jack won’t be able to contribute much. (As I said, he’s been better for the past few days and he might pleasantly surprise us, but it’s better to be happy to get something early than to be disappointed to get it late.)

Good News: Since things are taking so long, I’m trying to think of ways to make it up to everyone who graciously provided so much support so early on. One of the first things I thought of was re-integrating the last two chapters of the book, which detail the settings of Fallen Gods (dark fantasy) and The Hollow Sky (space opera with a horror twist). Given that I won’t be doing the final editing pass until the start of February or so, there’s now time for me to get in touch with those chapters’ authors and see if they’d be willing to do some revisions & expansions to flesh out the chapters a bit. With any luck, we’ll be able to have two working campaign settings in the Universal Rulebook, and these settings can be more fully fleshed out in a future e20 System product.

I have some other ideas to hook up my patrons with a little extra — some bonus PDFs, most likely — and I’m hoping to make an announcement about that in the next several days. At the very least, patrons will get an early look at some of the laid-out chapters of the Universal Rulebook before the final PDF is assembled.

Thanks again to everyone for being so understanding about this and for your kind words about my last post on the subject. Any game publisher would be blessed to have such a devoted and supportive fan base, and it means even more for a small indie publisher like GMSarli Games.

Enjoy the rest of the holidays!

Not much to fill in the gaps, just more questions in the comments about the project status.

However, if you go to the forums for the game, you get the following info:

Is there ANY news when patrons are suppose to receive their HCs!?! There's a lot of "buzzing activity" but where's the promised product? That rough draft pdf is just carp.
joela

Due to unavoidable emergency circumstances e20 was delayed for a second time. Work has resumed but Gary was and still is unavailable to work on the project so now the weight of fiinishing the entire thing has fallen in Gary's editor. At this time there are no projected projected release dates and no deadlines will be set. However work is underway it's happening slowly but surely.

The only thing I can tell you is Gary was become unavailable due to emergency circumstances we don't even know what the circumstances and speculation will not help, but at senior patron level we seem to be in agreement that our first concern is Gary's well being. That being said there are people more qualified than I to give you updates.
Darthmoe

I also forgot to stress the work being done is strictly on a volunteer basis. Jatku took for Gary as a favor to him and the patrons.
Darthmoe

Anything new to report?
ronin

I think the technical term for the state of this project is "dead in the water", or perhaps "vaporware."
jazzencat


I'm going to have to pray daily for Monte's health it seems...

(yes, it's a joke. kinda. I've got money invested in Numenra or however you spell it ;)