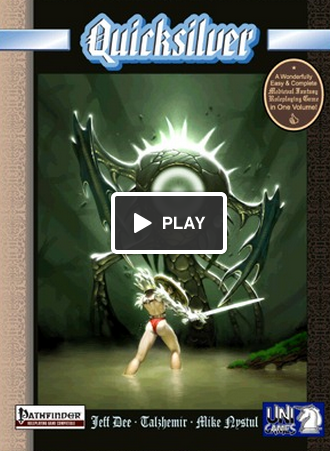 Another request, and this one is a doozy.

I bitch and complain when a project takes longer than two weeks to give a current update. Five or Six weeks is pretty much the extreme. Four fucking months?!?

Are the guys behind the Quicksilver Worldbook fucking insane? Not being in contact with your supporters for four months does not instill confidence in the progress of the project. It instills the "they're spending our money on Ho's and cocaine" type of thoughts.

I'd love to give you some of the updates, but the last few are backers only. Still, I can grace the kind readers of this blog with the update titles: