Nebulous Definitions of the OSR 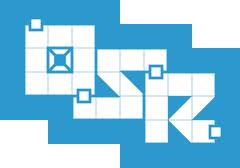 For a hobby nearly 40 years old, there are certain definitions that seem to be hard to tack down to a single accepted meaning. Some examples are as follows:

Railroad (apparently it is a verb and a noun) - "Good? Bad? I'm the guy with the train set!"

OSR - not only is it up for grabs what the acronym stands for, it's also open to interpretation as to what rules / games / genres fall under it

Clones, Simulacrums and Beyond - I'm never quite sure the difference between Clone and Simulacrums, but the beyond is much easier (ACKS, LotFP Weird Fantasy, AS&SH, etc)

Module / Adventure - back in the day, they were modules. Today they are adventures. WotC is talking about modules for D&D Next, but they aren't adventures

Hit Dice - I always knew what they were, and then D&D Next decided they weren't. Another reason for me not to step into the light. D&D Next is the TV Ghost from Poltergeist.

Sandbox - how free wheeling does it have to be to be a sandbox? (edit: can't believe I left this out initially)

What other RPG words and phrases have hard to tack down definitions, or more than one meaning?