Kickstarters That Make Me Go "Hmmm" - Numenera: A New RPG from Monte Cook 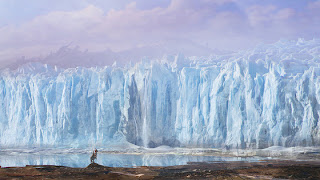 Not all Kickstarters have issues or problems. Some offer so much value, you find it impossible to say no as more and more stretch goals are hit, and more and more value is added for the same price. So it was for the Reapers Minis, and so it is with Numenera: A new roleplaying game from Monte Cook.

Now, let me just ground everyone for a minute. Monte was part of James Raggi's LotFP Weird Fantasy Adventures insane July Indiegogo Campaign. Monte's project never funded. Hell, the vast majority of that multipart campaign failed to fund, but there was an expectation that Monte's name would bring in crossover fans and it would be a win win. Never happened.

Something else - like I mentioned the other day, I predicted that Monte's "Next Big Thing" would be a Kickstarter project after he left his contract position on WotC's D&D Next Project. Lo and behold, I was right.

I held off on supporting the Numenera Kickstarter, as I had just emptied my pockets supporting just about every Old School styled / DCC RPG Kickstarter I could find. But the damn thing kept on hitting stretch goals, and finally last night I pulled the trigger. God help me ;)

I went if for the Real Deal at $60. This is what's included thanks to all the stretches that have been hit:

So, core book in print and a campaign worth of material in PDF. I can get into that.

19 hours left as I type this in the Kickstarter.
Posted by Tenkar at 9:50 PM