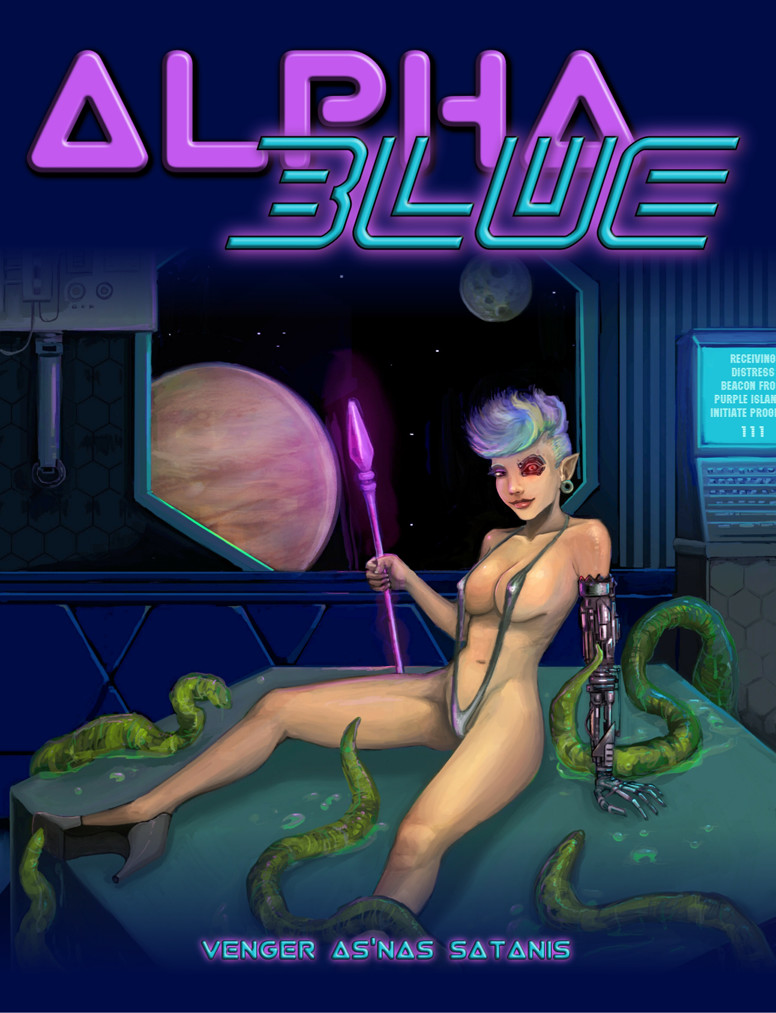 If you read The Tavern you probably already know my opinion of +Venger Satanis 's Alpha Blue. Based upon the blurb alone - juvenile, sexually oriented campy humor done in poor taste - Porkey's meets Deep Space 9 I'd guess. No, never read it. Until last week I didn't have time to read the RPGs I was deeply interested, let alone those I wasn't. It simply wasn't "my bag" as presented, but it did appeal to a sizable audience.

Still, this in no Tournament of Rapists, whose very blurb made it seem like the PCs were supposed to be rapists (yes, the author explained how that perception was wrong but he wrote the very words that led to that perception)

You can't miss the fact that Alpha Blue (dead link for now) is over the top in it's campy portrayal of sex. It doesn't hide the fact. Shit, look at the cover.

It was, however, available on OneBookShelf for MONTHS and sold relatively well (after a successful Kickstarter campaign). Pulling it now for review (and taking up to 2 weeks to review it) seems half assed.

Now, OBS does have an "adult content" filter and I have no idea if Alpha Blue was behind that or not. I generally see their filter at the R rating area - be an adult or let your parent buy it for you section. If it was behind that restriction already and it's been pulled now, I'd be really pissed if I were Venger.

This is not censorship in the "free speech" sort one usually thinks of. OBS is not the government. It is, however a slippery slope and one where I'd prefer the content stay live and a review be conducted expeditiously in the meantime. I suspect on some level the new closeness between OBS and WotC had something to do with this.