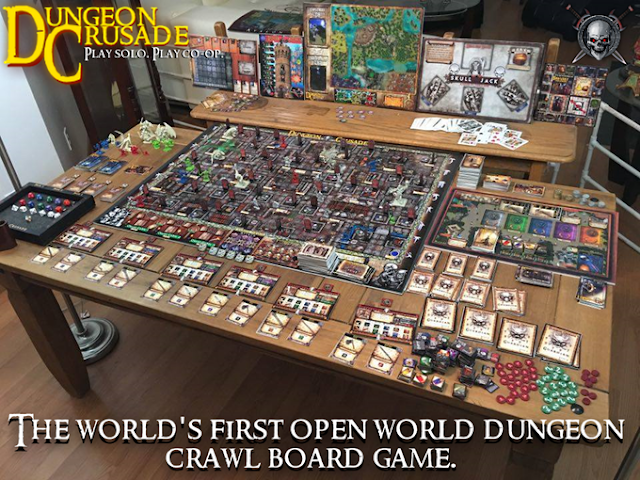 First, I'm already out as I certainly don't have the table space to hold half this game. It's impressive. Hell, the Rodger Deering's Dungeon Crusade - Book I: Genesis of Evil Kickstarter page is impressive to the point of sensory overkill - there's just too much to read and too many pictures. Yes, too much can be an issue.

As for the video, the sound quality is worse than the video quality shown in this pic. It also clocks in at over 14 minutes. Make your sales pitch and be done. 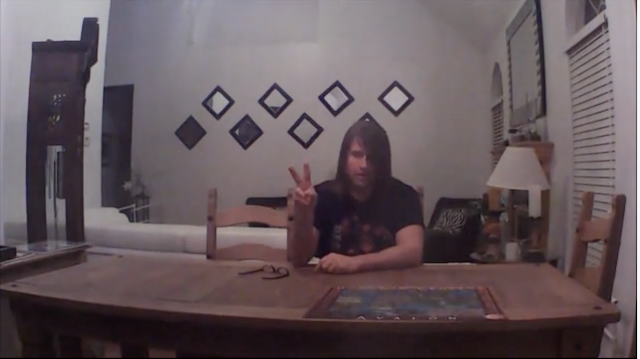 I like Roger. I've been following the various incarnations of this project for years. His passion for his creation shows vividly.

There are some issues with the current version's funding, like the $25 funding level that offers something that can only be used with the $100 and $150 funding levels. What's up with that?

There are typos and grammatical errors in the KS text. Nothing show stopping but jarring when you compare it to the sheer amount of sample pics for the game. The visual overstimulation makes your eyes seek out simple text for a safety zone. 35 photos of the game board and pieces and at least as many images of cards, stretch goals, characters, game rules... make that at least twice as many. There has to be at least 100 images on the page. Less would certainly be more in this case. I have Fios, so the page loaded fine for me, but if your bandwidth is limited, beware.

Should you back this? God only knows. I have way too many fantasy board games I'll never play already stealing space on my shelves. For Dungeon Crusade I'd need to set aside a whole room...
Posted by Tenkar at 10:44 PM