On the 12th Day of OSR Christmas, Presents Were Mapped, Signed and Delivered (in 2014)

Note: Due to the expense of mailing packages outside the US, some days of the OSR Christmas Giveaway will be limited to US mailing addresses only. This is one of those days. I apologize to the international tavern patrons and will make it up to you (to some extent) in the coming (and previous) days. PDF gifts will be international and will require an OBS (occasionally LULU) account to claim in most cases. Early 2014 the Tavern will be hosting an event open to all.

Lots of  goodies in Santa's bag today. So much, in fact, that this post will be left open until December 26, at which point the OSR Christmas Giveaway will start back up, as there are still more goodies to give away.

If you haven't dropped a comment yet, now's the time ;)

First off, +Tim Snider has kicked in a signed (by James Ward himself) reprint of Metamorphosis Alpha.

- one oversized map from the Whisper & Venom Kickstarter, signed and numbered and not folded 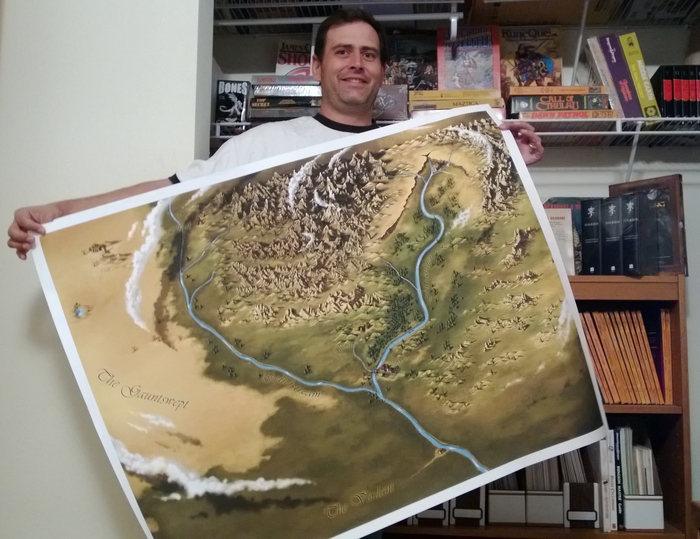 - one signed Jeff Dee print from the Whisper & Venom Kickstarer

last, but certainly not least, we have:

Don't expect these to arrive until early 2014, as I suspect by first opportunity to mail these (as oversized mailing tubes dont fit into mailboxes very well) won't be until the first Saturday after the New Year.