Did I Mention that the HeroQuest 25th Anniversary Project is on it's Third Crowdfunding Site - Is the Third Time the Charm? 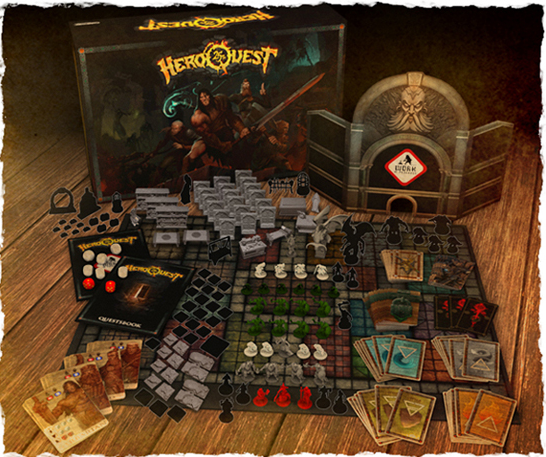 If you haven't been following the HeroQuest 25th Anniversary Saga, it's almost Don Quixote like, just on steroids. I've posted on it as have others, but the short of it is that both Kickstarter and one of the Spanish (as in Spain) crowdfunding sites removed it from their active projects due to legal (or potential legal) issues.

Well, when there is money to be made from customers that are willing to pay for a product up front with no guarantee said project will clear the legal hurdles (likely to be imposed when the game is actually printed and shipping) there isa need to find yet another crowd funding site.

Which is what Game Zone did - Lanzonos is now hosting the 3rd incarnation of the HeroQuest 25th Anniversary Crowdfunder. They've met their goal. Assuming Lanzoanos doesn't get cold feet, next Christmas should be an interesting time for those that back this products, as the chance to find coal in their stockings instead of HQ 25 is significant.

I'd rather back Nystul again - at least I know where my money would be going (kinda - anywhere but what I pledged towards ;)
Posted by Tenkar at 10:29 AM