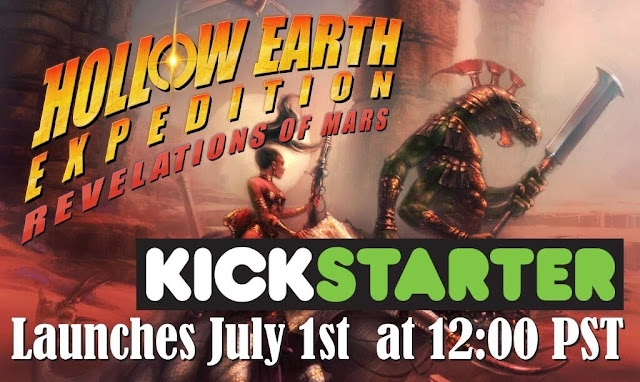 I think I've mentioned before that I've really had a difficult time wrapping my head around the Savage Worlds ruleset. No idea why. I've heard it's simple enough and I own multiple versions of it (and would love to run or play in some Solomon Kane at some point) but it has never "clicked" for me.

If you haven't noticed yet, I'm on a bit of a Kickstarter diet - lots of cash tied up in extremely overdue projects. Still, this is one I'll be keeping an eye on, as I am a lot closer to grocking Ubiquity than I am Savage Worlds and I do like the setting of HEX.
Posted by Tenkar at 9:58 PM