Take a peek at the top 15 hottest selling items on RPGNow and DriveThruRPG. Do you see any of the newly re-released classic D&D titles on the list? No

So why are they on the top 100 sellers of all time? Did they sneak in via the back door?

They earned those spots before the purge and apparently have held them ever since, but as they were "deleted" they didn't show on the list.

It could also be that OBS tweaked their system to keep the D&D stuff off the "Hot Lists" to ensure the indie publishers aren't pushed off. That's just conjecture at this point, but I do find it surprising that there are no D&D on either list, especially after the servers were down frequently yesterday due to the heavy traffic re: the launch of DnDClassics.com 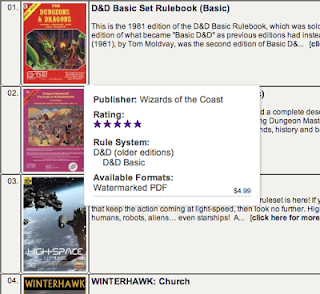 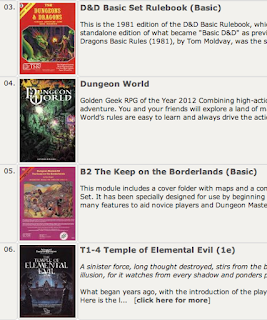