The "Red Headed Step-Child" of the OSR - Basic Fantasy RPG 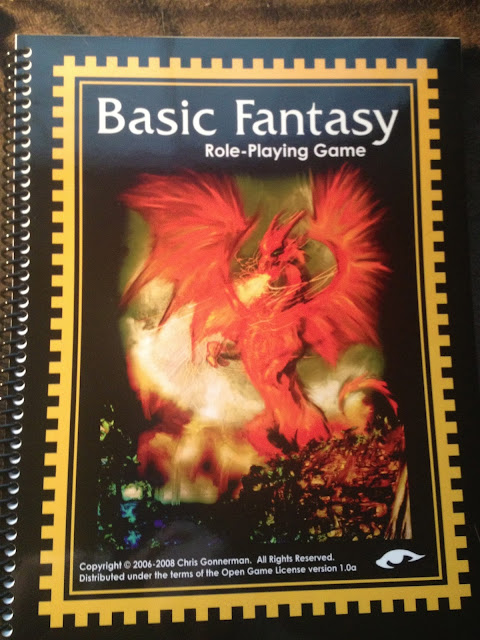 It seems whenever I compile a list of OSR games ans resources, I inadvertently leave off the Basic Fantasy RPG. It's not that it's a bad set of rules - it's actually a very good set of rules. It's not that there is a lack of material for the system - there is enough freely available to keep your game running for years.

I was talking with +Christopher Helton about this last week via G+, and the conclusion I came to is that it gets overlooked a lot because it isn't seen. How's that for a self fulfilling prophesy? ;)  What I mean by that is the big names in the OSR have either their core books and / or supplementary material available on RPGNow. That's not the case with BFRPG. With BFRPG it's all available at a central location  it's own website. The problem is, without knowledge of the website you won't have knowledge of the game.

The other thing Chris and I talked about was organizing a "Basic Fantasy Role Playing Blog Appreciation Day" or something with a similarly awkward sounding title. The idea would be to organize a couple of bloggers and G+ posters to post about / talk / whatever on the same day. Kind of a saturation of the media to get the BFRPG in the hands of a few other gamers. It is free and there is a crapload of free stuff for it. Think of it as a community service for our readers :)

If it's even halfway successful, we could do this for other deserving yet under appreciated RPGs on a monthly basis.

So, what say you my fellow bloggers? Are you with us?

Just add a comment to this post (on the blog or G+) to let us know if you are joining us. It should be fun. The type of post you make it up to you. All we ask is that it have something to do with BFRPG.

Of course, anyone can and should add their thoughts to this, whether you plan to participate or not. Good idea? Bad idea? Needs more crumpets. Whatever ;)

(edit -  the BFRPG site is currently running a bit slow on downloads tonight- i think we are driving traffic already ;)
Posted by Tenkar at 8:05 PM