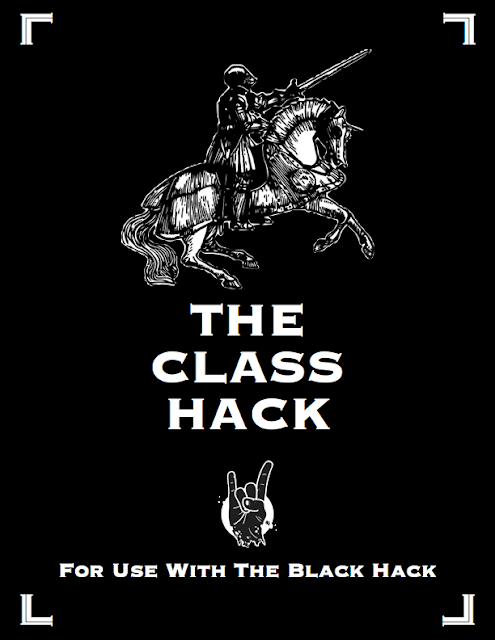 Unless you've been off the net for a while, you've heard of The Black Hack RPG from +David Black and published by +Peter Regan 's Gold Piece Publications. If not, you are herby notified. It's a nice OSR hack of D&D that speeds up play and comes in at under 20 pages. If it lacks one thing, it's a large selection of class choices, but that's by design, as its influence is Original Dungeons & Dragons.

+Mark Craddock has recently released The Class Hack - 10 ‘OSR’ First Edition Classes (just a buck) for The Black Hack (which is just 2 bucks in PDF). It's pretty much what it it says on the tin, with the Cabalist being the only class that doesn't have "official" roots in the 1e Players Handbook or Unearthed Arcana. Alright, a 5th level Illusionist was a "Cabalist", but I'm not sure if that counts ;)