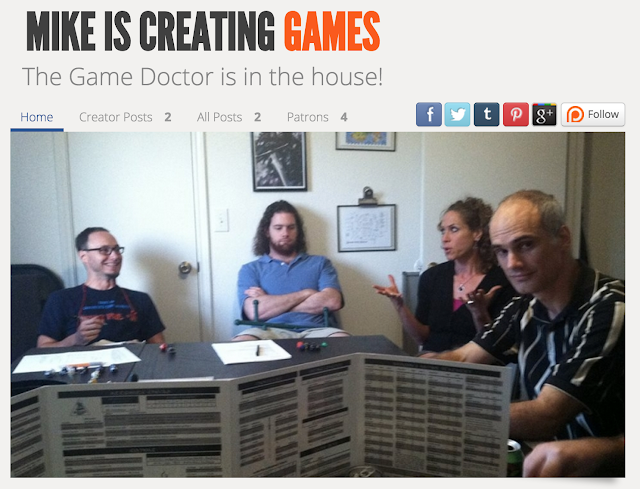 A tip of the hat to +Dyson Logos (and +Joseph Bloch ) for bringing one of my favorite serial Kickstarter failures back to my attention.

Mike Nystul (as he is wisely trying to distance himself from none other than himself) is looking to raise backing on Patreon to support his creation of new games. Nowhere does he mention using the monies raised to actually produce the games he has already been paid for via his Trifecta of Kickstarter Failures.

Now, I have to give the Wandering Wizard credit where credit is due - he doesn't allow the fact that he blew over $75,000 (less fees) from three Kickstarters on a Dwarf Con and a failed business venture (not spent on the Kickstarters themselves) keep him from fleecing more people. He did it with Nystul's Castle over at Indiegogo and now he's trying to use Patreon.

edit - here's the link directly - Mike does his best to not use Nystul anywhere in the pitch, but it's in the link itself - poor Mike - https://www.patreon.com/nystul?ty=h

Well played Mike. By the time the new folks realize what kinda fucking flake you are, you'll be moving to your next scam.

Is it safe to assume that Nystul's Aura no longer serves it's purpose for you?
Posted by Tenkar at 9:16 PM