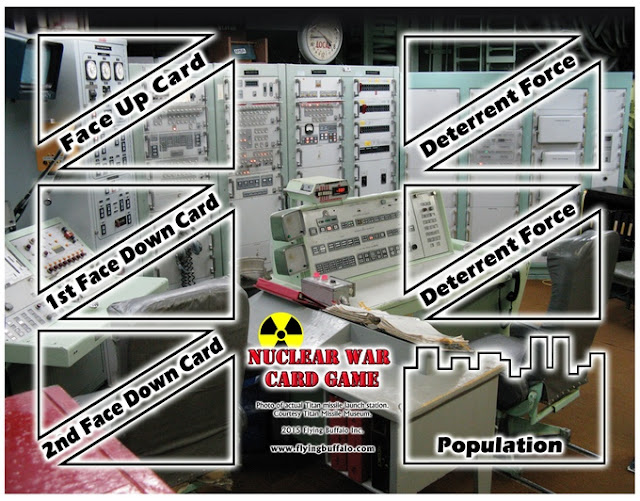 My God but we played the SHIT out of Nuclear War in my college gaming days. Couldn't get enough players together for a D&D session? Nuclear War and Chaos Marauders were our go to games.

Blow up the world and everyone loses? Sign me up!

30 bucks for the 50th Anniversary Edition, which has already funded in about 3 day. It's by Flying Buffalo. No brainer, right?

Well, Rick says estimated delivery is December 2015, but then hedges his bets:


I have been in the game business for 45 years, so I am confident that I can manage this project. However there are always many possibilities for delay. The dates I have picked for completion are only estimates. (I repeat - these are not promised delivery dates. They are only estimates. Doing a good job on the artwork takes time. )

So, it's an estimated date and don't hold him to it.

Why would Rich need to say that? Why not simply pick an estimated ship date further out?


Also, I am still in the process of finishing my (much delayed) Tunnels & Trolls project. The final book is not quite finished, but many of the rewards have already been mailed out...

Nobody backed for a T&T pencil or whatever else was mailed out. None of it is memorable. What is memorable is the 6 copies of dT&T that will be 2 years late next month.

Until I have what I actually backed and was due two years ago, I'll need to pass on this and wait for retail. Besides, this one has already funded. Maybe these funds will expedite dT&T. One can only hope.
Posted by Tenkar at 10:05 PM