Kickstarter - HeroQuest 25th Anniversary Edition - It Will Fund, But Will It Succeed? 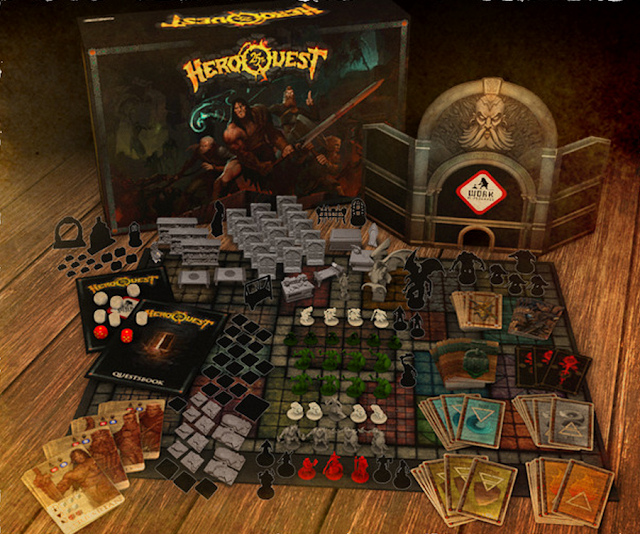 I remember Heroquest. I had a copy that never got played, and in the end I looted it for dice and minis and chucked the rest. My group had absolutely no inclination to play it when we had choices such as Talisman, Lonely Mountain, Chaos Marauders and the like to choose from. Heroquest was aimed at kids. Whether that's a true statement or no, it was our perception.

Gamezone Miniatures of Spain are the ones running the new Heroquest 25th Anniversary Edition Kickstarter. Apparently, they have the license to produce Heroquest within Spain - so they can distribute within Spain and sell direct anywhere in the world.

Strangely enough, the Kickstarter is priced in Canadian Dollars, not Euros. Not sure what's up with that, and I wouldnt be surprised to see Hasbro, parent company of Milton Bradley, challenge the new edition's legality, and it certainly seems strange to watch a third party produce another company's product, apparently without permission - or at least, under a method not planned on under the deal made 25 years or so ago.

All that being said, the Kickstarter launched yesterday with a goal of $58k CAD and has already surpassed $309K CAD. Heck, this may give the Reaper 1 Kickstarter a run for it's money.

Can someone sell me on the game's appeal? I mean besides nostalgia, which I obviously don't have, as I looted the box and threw out the remainders...