We know Mike has no immediate plans to finish Axes & Anarchy - I MEAN Axes & Anvils. 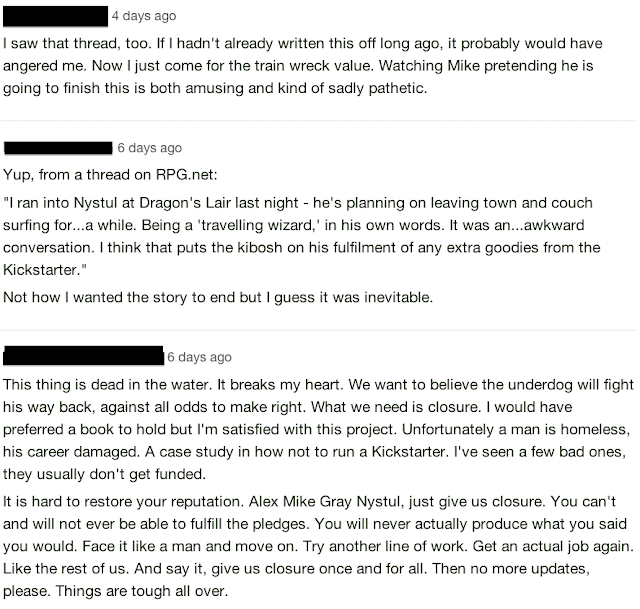 I would link the Big Purple thread myself, but I find the place horrible to navigate.

Of course, it seems like Mike himself doesn't quite grasp the fact that not only hasn't he produced something, but being a "traveling wizard" is about as far from being in a position to produce something that one can be. 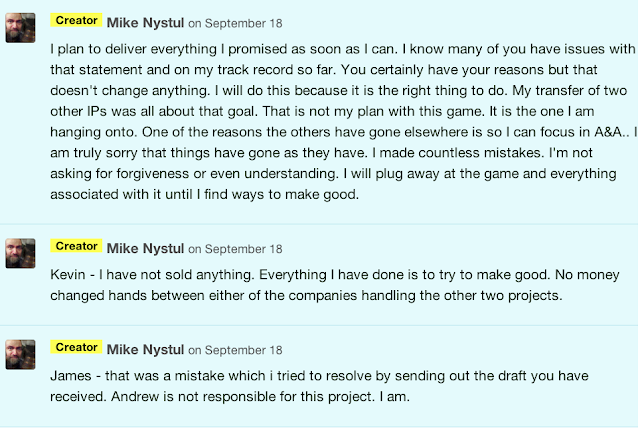 I was surprised that Mike's two other projects were signed over to others without any kind of cash changing hands - until you realize Mike probably did less with those two project then he did with A&A. So yes, Mike turned over very little but the concepts themselves.

If this was simple incompetence, I'd have forgiven and forgotten this project long ago. It's the lies, not just to the backers, but folks like +Andrew Shields that stepped up to save this project before being kicked to the curb, that simply piss me off.
Posted by Tenkar at 1:14 PM

Email ThisBlogThis!Share to TwitterShare to FacebookShare to Pinterest
Labels: axes and anvils, nystul