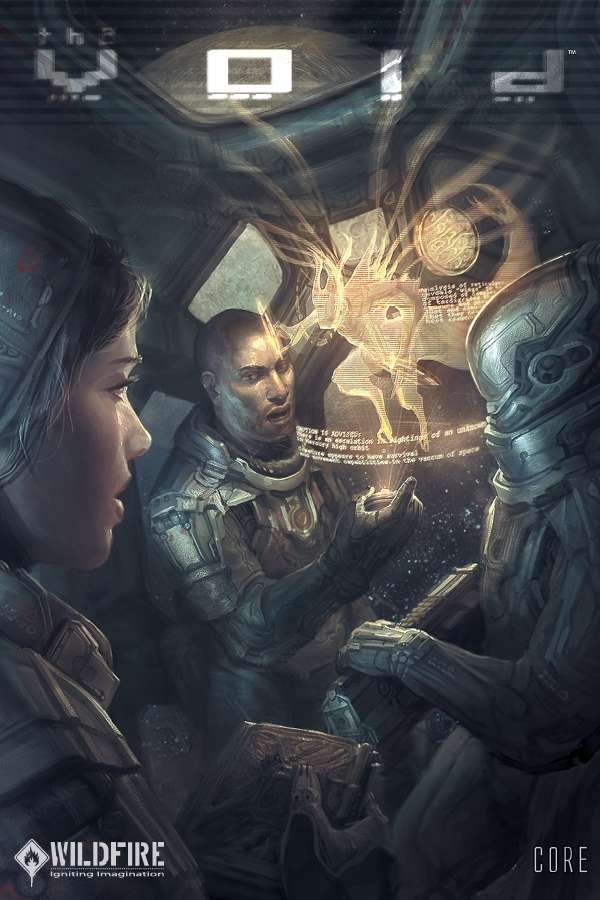 The Void released back in early August, but I missed it back then. I've always been interested in a sci-fi horror RPG - kinda looking for a CoC meets Star Trek. Not sure if this one even comes close to fitting that bill, but the price couldn't be better.

The Stars Were Never Meant For Us

2159 AD. It is a good time to be alive. The nations of Earth still exist, but they have become more civilized, and humanity has expanded into the rest of our solar system. But, alas, it is not to be our time. Something approaches, a thing on an orbit from far away. Seemingly a mysterious shard of dark matter, this object is known in obscure prophecy as the Chthonian Star. It is awakening things long thought lost or dead, things that have slumbered awaiting its return. The Unified World Council sends out special teams of sanctioned Wardens, whose job it is to ascertain the new threats to human life, to learn everything they can about them, and fight them wherever they are found.

The Void is an original Lovecraftian hard sci-fi horror setting.

Designed with accessibility in mind. A short overview and introductory adventure can have you playing within an hour.
Uses simple but satisfying d6 dice pool mechanics.
Introduces exciting new rules to ratchet up the survival horror.
Gives Characters many options for diversity and customization.
Provides an exploration of our fully colonized solar system in the near future – and the things that threaten it.
Created by the award-winning team that brought you CthulhuTech.
Posted by Tenkar at 9:35 AM