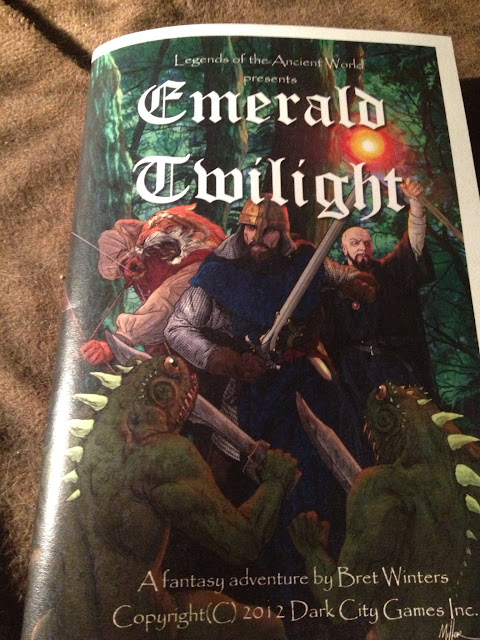 First off, this isn't some "Twilight" hack, so all the vampy nerds should just avoid this post if google somehow send you here.

Secondly, I've been on a bit of a The Fantasy Trip "Quest" of sorts recently. It's one of the rare, fairly popular for the time, early RPGs that I never bought back in my younger days.

Sure, TFT spawned Man to Man (and Orcslayer) and GURPS for Steve Jackson (I have them all), but I never got a change to play with the original. 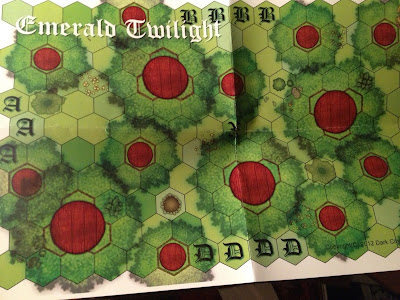 Still don't have the originals, but I'm looking at Legends, which is kind of a TFT retroclone. More precisely, I'm looking at Emerald Twilight, which is a programed / solo adventure which assumes a party of four.

I'm going to have to run this next week when I'm on vacation. I'm not so sure about using the combat map or tokens, but I suspect they are an assumed part of the system, so I'll give them a proper workout. 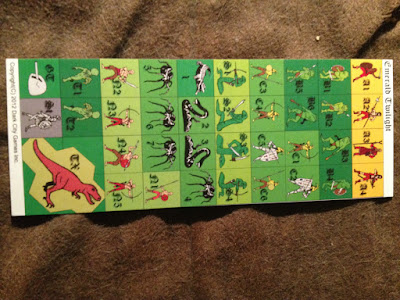 All of which leaves me to wonder - is there enough here to run a short campaign, or even a short story arc?

See, damn me! The historian in me wanted to see how this actually plays out and it it stands the test of time. Can a 9 page ruleset compare to the hundreds of pages the current edition of GURPS needs? Should it need to?

The Legends rules are available for free here. They also came with Emerald Twilight.
Posted by Tenkar at 10:47 PM