A Kickstarter That Makes Me Ask: "Why?" - Republishing: The World of Synnibarr 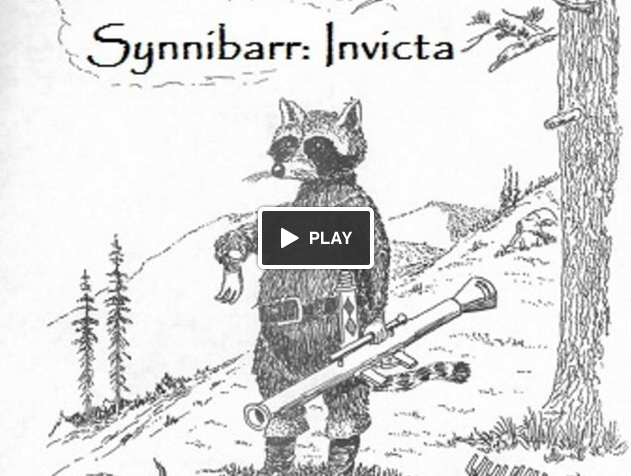 Thank you for welcoming me to RPG Addicts: The Collectors meeting this month. This is my first time in a "step program".

While I have never purchased or even looked at an actual copy of FATAL, either in person or on an electronic screen, I do own a copy of The World of Synnibarr. No, I have no idea which edition. No, I don't recall why I bought it. Maybe it was one of those "Ebay Lots" with lots of books, where you only are interested in one or two. Still, I have it and looked at it and quickly put it down. Actually, I put it way. It's in storage now, where it can neither tempt me nor hurt me.

There are nights that it calls to me. Those are the nights I drink heavy.

Now, it's back and it's on Kickstarter. It's got a Raccoon with a rocket launcher. It's trying to make a comeback. Someone, please make it go away. I don'y think I could last a second encounter with it.

Hell, even the author says "I have published this by myself, eight times from 1980; I will do it once more. This time I have a GREAT TEAM to assist me; we shall not fail.". Doesn't that say something about this "game"? It's insidious nature? The danger? The fucking endless charts?

Or even the damn pricing: $15 for the core rules PDF, but really $25 if you want the core three rulebooks. I mean, wouldn't you need The Atlas to figure out where the hell you are?

I'm almost ready to support it as a goof - but then I wouldn't have the cash to support something I may actually play.

All that being said, I want to know what Raven has been smoking all of these years. I'd like to try some after I retire - it must be some good shit ;)