Sandbox Thoughts - Wither Shall I Wander? 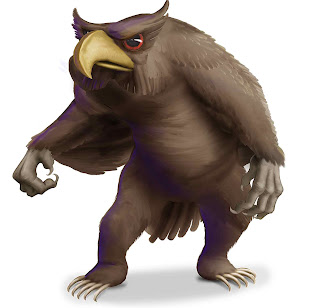 Wandering encounter tables are the boon and bane of sandbox campaigns everywhere.  They can lead to exciting challenges for the PCs, and they can also lead to unexpected TPKs.  With a little planning, it's easy to make sure your encounter tables are more boon than bane (although no one can truly prevent a TPK in a sandbox wilderness ;)

The first thing to remember it is a "Wandering Encounter Table" and not a "Wandering Monster Table".  This isn't a dungeon stocked with nasties but a living, vibrant world (well, at least in most settings.  Your mileage may vary).  As such, although monsters and adversaries will make up part, or even most of the table, they shouldn't be the only things on it.

Additionally, you need to take into account not only the surroundings and environment, but whether or not the party is traveling on or off road.

You should be more likely to encounter other travelers or armed patrols on well used roads than orcs and highwaymen.  Less well used roads may leave one open to being robbed, and even encounters between honest folk may be strained ands suspicious.  As you can see, one table per general terrain type probably isn't enough.  You may need two (or more) but the payoff is worth it.

Now, before we can even go into the specifics of what goes on the table, we need to figure out the form of the table.  We can go with a single die (linear) or more than one die (giving a curve to the results, with the middle range being weighted more.  Keith Davies has a nice article on such, and advocates using 2 dice.  I'm going to go a step further, and go with three.  3d6.  This one roll will not only decide if there is an encounter, but what the encounter will be.

We know from years of gaming that 10 and 11 are the most common rolls on 3d6.


So, if we want an encounter to happen 75% of the time (you decide the timeframe, but one encounter check every 6 or 12 hours is usual) a roll or 10 or 11 indicates no encounter.  Want the chance of an encounter to be around 55%?  A roll of 9-12 indicates no encounter.  This method also allows you to drop in that rare, overpowered "Holy Shit!  That's a Dragon!" by making it occur on a roll of 3, while the more common patrol or goblin raiding party may occur on a roll of 8 (nearly 1 in 10).

This method streamlines things a bit, and keeps the party from going "ah shit, he just rolled an encounter check and is now rolling a second time to see what we got!".  Everything is decided in one simple roll of the dice.

Alright, next in the series I'll actually put together an encounter table, building upon those presented in the HEX 000 series by Christian and using the 3D6 method I talk about above.

Owlbear by Keith Curtis
Posted by Tenkar at 12:39 PM

Email ThisBlogThis!Share to TwitterShare to FacebookShare to Pinterest
Labels: sandbox