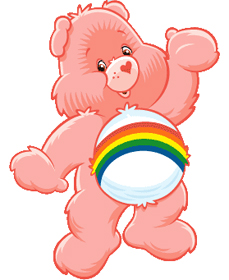 Deep in the Abyssal darkness of the Demonweb Pits, the goddess Lolth is spinning a web of deceit, treachery, and ambition. Her goal is to seize control of arcane magic—a position that has lain vacant since the death of Mystra a hundred years ago.

To facilitate this grasp for power, Lolth sent a prophet—Danifae Yauntyrr—to all the cities of the drow. Danifae is a fallen priest, a scoundrel, a seductress, and—if history is any guide—an avatar of Lolth herself. Danifae whispered to the leaders of all the great drow houses, spurring them to gather ancient power to aid Lolth's ascent.

The drow are scouring the world for primordial relics (pieces of a dead or sleeping primordial), seeking out the remains of great wizards, gathering artifacts once sacred to Mystra, and fighting for control of magical locations on the world's surface.
As the drow gather arcane energy and channel it to Lolth, her power grows. Her web extends to cover most of the world, forming a Demon Weave to replace the sundered Weave that Mystra maintained—a new fabric of arcane magic. With that, the priests and wizards who serve Lolth have access to greater power than ever before, and their task becomes to use it.

Across the surface world, Lolth's servitors draw on the Demon Weave to create shrouds of darkness that cover league upon league of surface lands. Under this pall of darkness, the drow can move and fight freely during what would normally be daylight hours. With this aid, they can complete Lolth's transformation and bring the world to ruin.

Additionally, you'll be able to participate in the story through three D&D Encounters seasons (Web of the Spider Queen, Council of Spiders, and War of Everlasting Darkness), play in organized play events at GenCon (Dawn of Nightchampionship adventure), PAX Prime (The Sun Never Rises adventure), and local game stores (with two Lair Assault challenges—Spiderkiller and Kill the Wizard). Products tied to the Rise of the Underdark campaign include RPG books (Into the Unknown: The Dungeon Survival Handbook, Menzoberranzan: City of Intrigue), two Dungeon Tiles sets (The Urban Underdark, Castle Grimstead), a map pack (Vaults of the Underdark), D&D Fortune Cards (Drow Treachery), the Dungeon Command skirmish board game's Sting of Lolth faction pack, and online content in Dragon issue #413 and Dungeon issue #204. There are also several novels related to the storyline, including War of the Spider Queen Volumes 1 & 2, Charon's Claw by R.A. Salvatore, and ebook exclusives: Sword of the Gods: Spinner of Lies by Bruce Cordell, Prince of Ravens by Richard Baker, Skein of Shadows by Marsheila Rockwell and Spider and Stone by Jaleigh Johnson. Find out more at DungeonsandDragons.com/drow
Posted by Tenkar at 8:05 PM