When The PC's Inner Monologue Clashes with The Parleying Encounter, Anything Can Happen 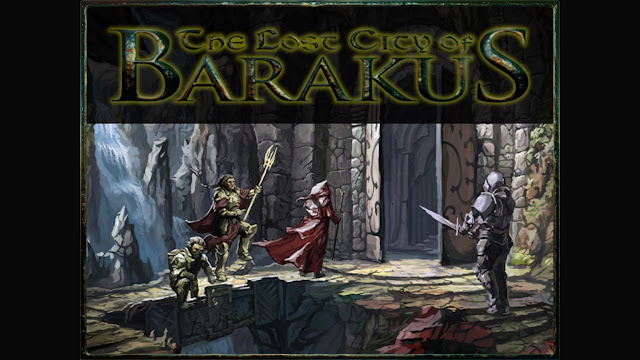 Last night's session of Swords & Wizardry Continual Light was a blast. The group is exploring the cave system above The Lost City of Barakus and last night the party was focused AND lucky.

They blew through encounters that could have easily been TPKs if they had followed the +Tim Shorts method of rolling ;)

Then came the final encounter of the night. Its a minor spoiler for any that may play The Lost City of Barakus in the future, so I'm going to add a page break.


Okay, so the party encountered two Drow Elves that were willing to negotiate. They are holding hand crossbows pointed at the party as the parley commences. They discuss the dragon that is preventing them from heading back north in the caves.

The party and the Drow come to an agreement on the share of the dragon's treasure that they will split upon its slaying when the Bard PC's Player adds "not that the split matters, as we are going to kill them the moment the dragon is dispatched!"

At which point on of the Drow states "We appreciate your honesty" as they both fire their poisoned crossbow bolts at the party's fighters (and they missed) The drow are quickly dispatched.

The player in question initially argued "I didn't say that out loud" to which I responded "You were still negotiating. You most certainly did!"

We then discussed the whole "inner voice / outer voice" issue.

I'm very lax at allowing my players to talk strategy out of character when in combat, but when dealing with NPCs or creatures that are within earshot of such discussion in non combat situations, I tend to keep it all "live", so to speak. Its rude to talk about others in front of them ;)

In any case, the party lived and is now planning how to take out a dragon next week. They are levels 2 and 3, so next week should be interesting ;)
Posted by Tenkar at 11:52 AM