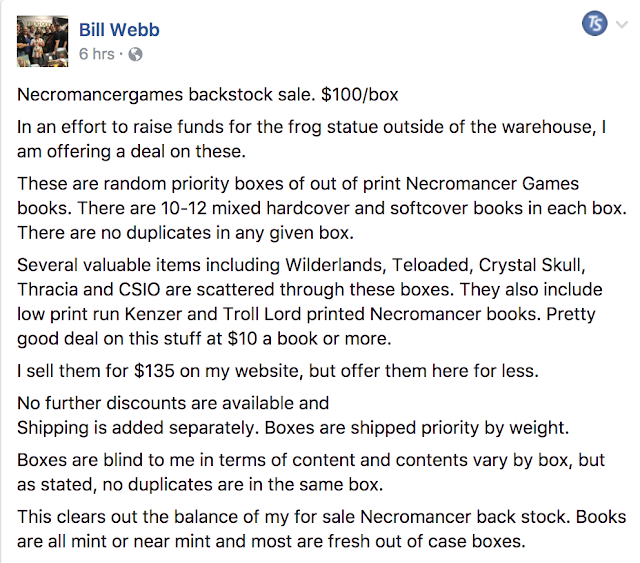 It is as it says on the tin above. I asked +Bill Webb if I could share this at The Tavern and Bill said yes. There are about 40 boxes ready to be sold.

This is 3x era releases. I think the only thing I'm probably missing from the Necro releases is City State of the Invincible Overlord.

So, how do you order?

Anyhow, Necromancer Games was the gold standard of the 3x era of gaming material. Really hard to go wrong. I convert 3x stuff to Swords & Wizardry all the time. You just need to drop all of the useless fiddly stuff ;)
Posted by Tenkar at 12:30 AM