Kickstarter - Rifts® Board Game (100 buck buy in, but the drama is free) 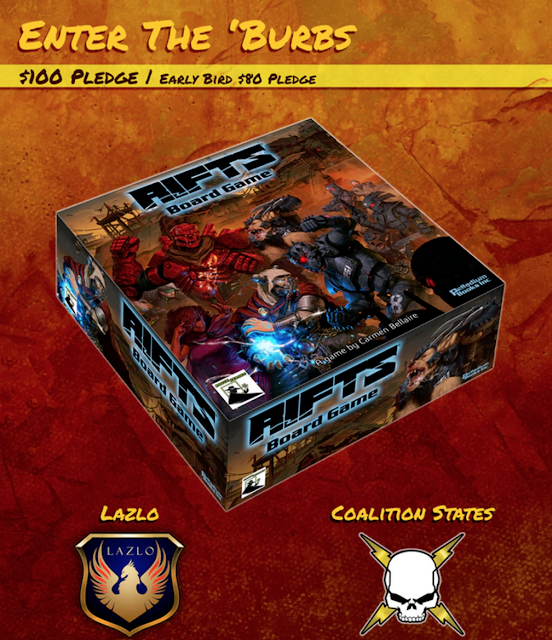 Wow. Simply wow. The Kickstarter is live for less than 12 hours and already there are over 350 comments. Its also 46% to its $100k funding goal.

What am I talking about? Quite simply the Rifts® Board Game (don't forget to use the ®)

Now, you might be saying "didn't this happen already?" and the answer is "no". What DID happen is a whole lot of drama, a suicide attempt and lots mudslinging by Kevin and those frustrated with the the Robotech Tactics KS. You can read THAT post here. Too much to repost but very useful for those looking to do some "due diligence" on the Rifts® Board Game Kickstarter.

Let's cover the basics (its your cheat sheet):

Personally, I would be wary of backing a project being run by someone that attempted suicide because of this very Kickstarter less then 3 months prior to launching this Kickstarter with this much drama and baggage attached to it. I am sympathetic of all that the creator has gone through, but that doesn't mean I'd back this.


That being said, I'm backing for a buck to get the backers only updates, as I expect this will be an interesting ride. Its just not a ride I'm willing to gamble 100 bucks on. It has a two year stretch before fulfillment and there is just too much potential for something to go wrong.