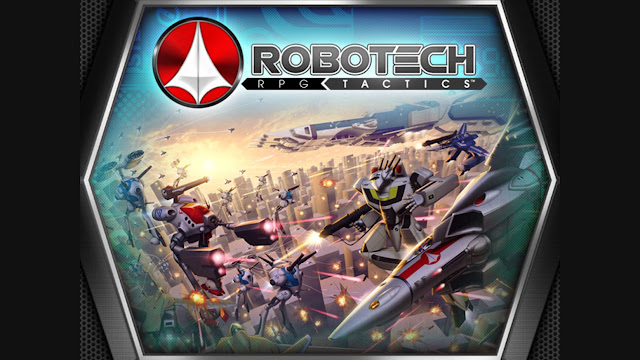 First things first - I had no idea that there was a Rifts board game in the works, let along being developed and soon to be kickstarted by a third party until it was brought to my attention earlier today.

First we get Savage Worlds Rifts licensed to Pinnacle and now we are getting a Rifts board game, licensed to a Palladium freelancer (don't call him an employee - I guess that's a black mark or something)

Why would Kevin give up some of his IP control? He's infamous for holding that close to his chest.

Could it be Robotech RPG Tactics, the Kickstarter that over $1.4 million and still isn't fulfilled? Sure, some have their product but many don't and boy, are they angry. Seriously, the comment section is alive and well even of the Kickstarter isn't. 98,000 comments and popping another every few minutes. I guess over 5,300 angry backers can do that to ya.

It is a total fucking train wreck. A few years ago, a trusted business partner embezzled money from Palladium and the company almost went under. This time it may be the influx of $1.4 million that puts the nail in coffin. 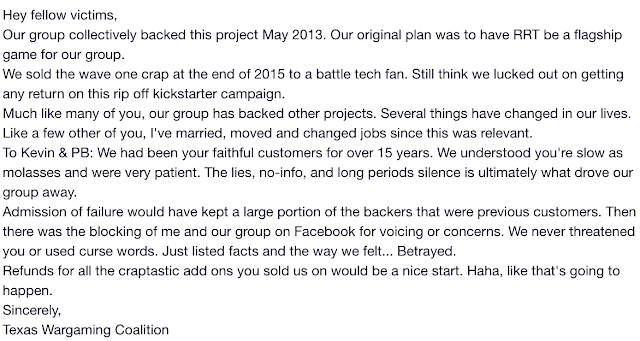 Any of my readers have pics of the horrible models from wave one?

Oh, and one update in 5 months: 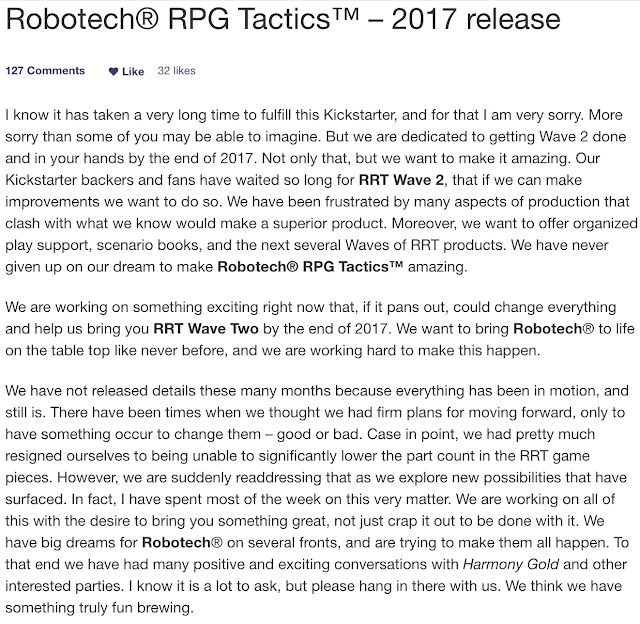 So, if wave one was such shit, are they going to get new shipments with wave two?