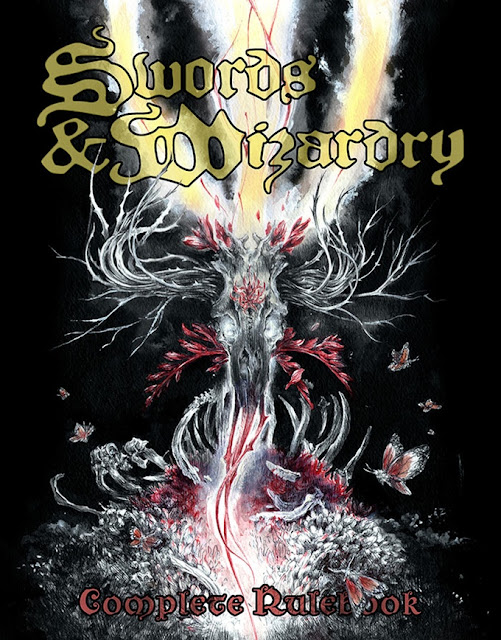 Frog God Games has kicked off the 3rd printing of the Swords & Wizardry Complete Rulebook. Now, if you are a regular reader of The Tavern, you know my love of all things Swords & Wizardry. If I have a bias, it is solidly here. I still have my softcover 1st printing and multiple copies of the 2nd printing in HC. Heck ,The Tavern has distributed over 5,000 copies of S&W Complete 2nd printing in PDF. That should give an indication of my love of S&W.

The 3rd printing follows the 2nd printing fairly closely. New cover art, new interior art and the sample of play has undergone some editing, but everything else is as Matt Finch wrote it. It may have new art and a new layout, but the words are still Matt's.

After a few hours being live it's over halfway funded. Not too shabby.

It's $35 plus shipping for the HC. The PDF will be available as PWYW.

Disclaimer: I am a huge fan of Swords & Wizardry and Frog God Games. I've worked on the condensed rules (coming shortly, hopefully) known as Swords & Wizardry Light. Its no secret that Stacey D, the Project Manager on the 3rd Printing of S&W Complete and I have little affection for each other. The interior art and layout were done by a team she assembled, which includes well respected OSR artists such as Gennifer Bone. I think the interior art choices were superb. 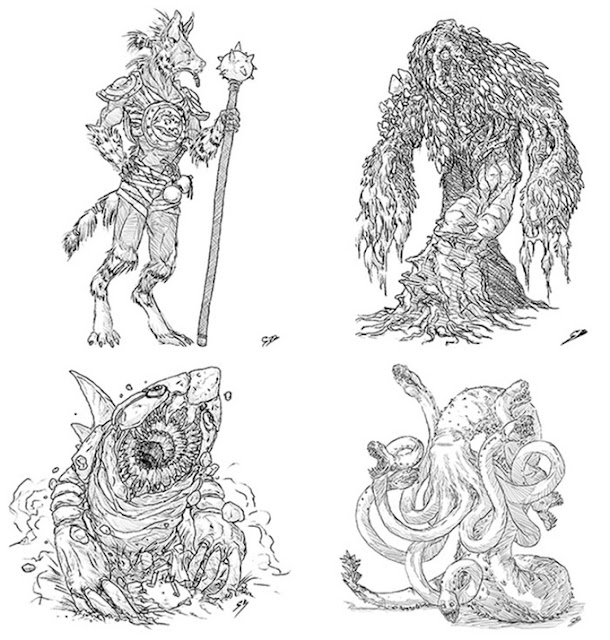