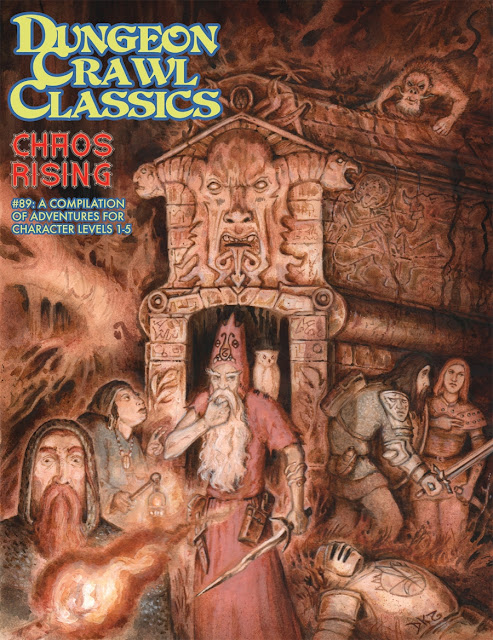 My old gaming group, the one formed in the early 80s when we were in High School, continued in one form or another through college and gamed weekly right through the night before my rookie assignment to the South Bronx, wants to get back to gaming.

Sure, we've done the Everquest, Anarchy Online, Conan Online, Star Wars Galaxies, EverQuest 2 and myriad other MMORPGs together since then, but getting them to sit down for tabletop roleplaying has not been in the cards. Not until now that is.

I've been giving away RPGs every spring when we gather together for out yearly meet, eat and drink and there is always talk about playing but never a consensus. Which is why I was surprised that last month I was getting emails about not "if" we will game again, but "when."

Well, that when is soon. We'll be using Roll20 (as 2 members of out group are in Texas) and the Swords & Wizardry Complete rules. They are close enough to the AD&D that everyone used to play to feel familiar without bogging down in the AD&D rules we used to argue about and then ignore (weapon speed I'm talking to you!)

I gave them the option of campaign play or episodic and they have opted for episodic, at least initially. Which of course made me think about the DCC RPG adventures, which simply scream episodic play.

So, I'm tossing this out to my readers. What DCC RPG Adventures should I put my soon to be resurrected gaming group through? Remember, I'll be using the S&W Complete rules, but I've converted DCC RPG adventures for use with S&W Complete in the past, mostly on the fly and it works fine.
Posted by Tenkar at 7:12 PM