Kickstarter - The Ice Kingdoms (A Lesson for Others - Edit Your Pitch) 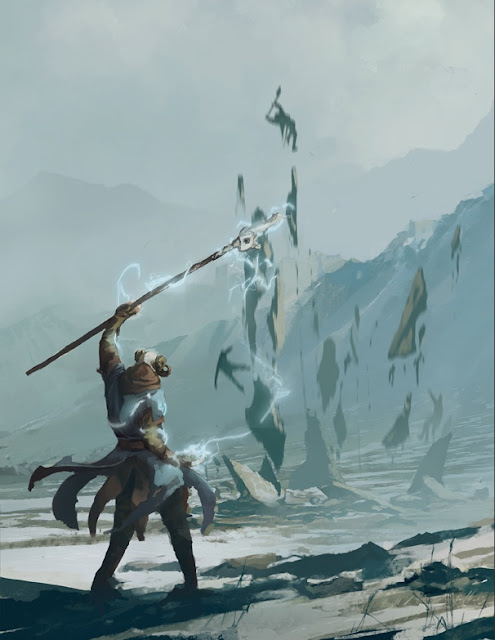 Then I read the opening sentence:

If you can't discern the proper usage of "a" and "an" in the opening sentence of your pitch I have real issues with the ability to properly edit a product. What's with the "Role Playing Game. Fantasy." anyhow? Keyword search?

Proper names should be capitalized:

Throwing in names of artists that apparently haven't been approached yet is simply wrong:

Then there is this paragraph:

Okay. This makes my head itch. Those first two sentences above make no sense together. Are they recreating rules? Recreating a "feel" that never left? No "comma" before "and." It's "Swords & Wizardry" and "Basic Fantasy Role-Playing Game." Also, be consistent. Is it "The Ice Kingdoms", "the Ice Kingdoms" or "Ice Kingdoms?"

It's small things, but awkward use of the English language in the pitch does not leave me with confidence in the project itself. When putting your hand out for money, proper presentation beats all.

12 days left to fund. $3,381 of $5,500 to go. It MAY fund. It's not going to hit stretch goals. It SHOULD find someone to edit it's Kickstarter page in the next few days if it wants to find success and it will NEED an editor on their project itself or this will be, at best, one and done.
Posted by Tenkar at 11:42 AM