Really WotC? WTF Are You Thinking Making a D&D Next 2013 Preview a Gen Con Exclusive for 30 Bucks? 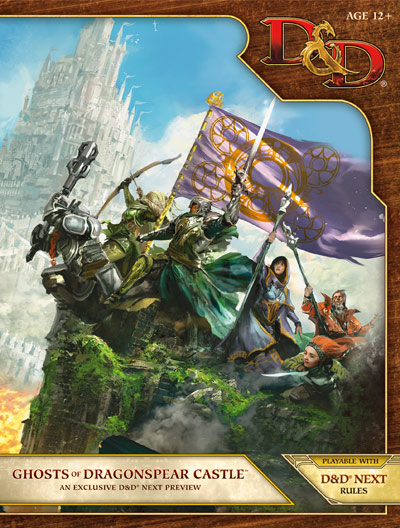 thanks to +Jason Paul McCartan for this bit of news.

All the hotel rooms are booked.

I'd assume most of the game slots are already reserved.

D&D Next is supposed to be built on the feedback of playtesters in the Beta, correct?

How do you reward those playtesters?

You make a D&D Next Preview product a pre-order than can only be picked up at Gen Con. Yes, you need to pre-order (at least it appears that way - maybe u can go retail at Gen Con) AND pick it up at Gen Con in person.

So, you aren't driving extra traffic to Gen Con unless they are local to the con, because everyone lese is going to be blocked out.

Instead, you just alienated many of those playtesters that you want to buy your game in 2014.

Besides, why should you have to go to a con to get something that should be offered to the general public? Talk about strange business decisions. At least WotC is consistant in the inconsistency.

Here's the article and the link to the original:

In addition to the seminars, games, and events taking place at this year's Gen Con—we have a further announcement (also appearing at Forbes.com):

Ghosts of Dragonspear Castle is a D&D Next preview and mini-campaign comprised of four thrilling adventures designed to advance characters from 1st level to 10th level. The book also contains everything a Dungeon Master needs to run the adventures, including D&D Next game rules developed during the massive public playtest, monster statistics, spell descriptions, magic item descriptions, and background information on the coastal town of Daggerford, where the campaign is based.

Against the backdrop of the Sundering, brave adventurers must protect the town of Daggerford against an insidious foreign threat while forging alliances, exploring dungeons, and battling monsters. The action moves from the Lizard Marsh to the orc-infested hills, finally culminating in a deadly altercation amid the crumbling ruins of the legendary Dragonspear Castle.

Ghosts of Dragonspear Castle includes pre-generated D&D Next characters, as well as rules for advancing these characters up to level 10. The book also includes the winning character sheet from our recent contest.

Please note: Refunds will be provided to anyone who pre-orders a copy but is unable to attend the convention.
Posted by Tenkar at 12:44 PM