Games From the Basement - Dragonstar (D20) 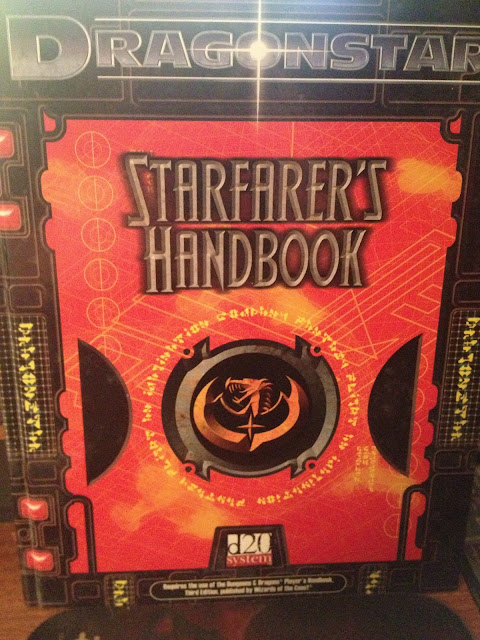 Dragonstar - Starfarer's Handbook initially seemed like a quasi-science version of Spelljammer, but my God this book spoke to me. I so badly wanted to play it or run it or do anything with it. Hell, I bought every accessory I could find and even joined it's Yahoo Group.

It was just that cool.

Yes, I had a gamer's crush on Dragonstar during the early days of 3e, when I had no group and even less time to find one.

From what I recall, the advent of 3.5e killed Dragonstar, which is a shame, as it has a nice, dark side to everything.

As I put together the Stars Without Number / Spacement & Spaceships hack for the drop in / drop out campaign this summer, I can't help thinking about hacking some Dragonstar into it at some point.

Who the hell am I kidding? I'd love to see this hacked into Swords & Wizardry. Not sure if I have the time or the skill, but it would be damn sweet to see :)
Posted by Tenkar at 9:27 PM